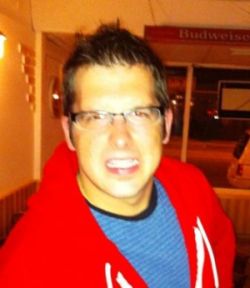 Washington: Scientists have identified a gene that seems to make women happy, but does not work for men. They surmise that this might be the reason why women are often more cheerful than men.

Scientists at the University of South Florida (USF), the National Institutes of Health (NIH), Columbia University and the New York State Psychiatric Institute reported that the low-expression form of the gene monoamine oxidase A (MAOA) is tied to higher self-reported happiness in women.

“This is the first happiness gene for women,” said Henian Chen, associate professor of epidemiology and biostatistics at Florida College of Public Health, who led the study, the journal Progress in Neuro-Psychopharmacology & Biological Psychiatry reports.

“I was surprised by the result, because low expression of MAOA has been related to some negative outcomes like alcoholism, aggressiveness and antisocial behaviour. It’s even called the warrior gene by some scientists, but, at least for women, our study points to a brighter side of this gene,” a Florida statement quoting Chen said.

While they experience higher rates of mood and anxiety disorders, women tend to report greater overall life happiness than men. The reason for this remains unclear, Chen said.

“This new finding may help us explain gender difference and provide more insight into the link between specific genes and human happiness,” Chen added.

The MAOA gene regulates the activity of an enzyme that breaks down serontin, dopamine and other neurotransmitters in the brain – the same “feel-good” chemicals targeted by many antidepressants.

The low-expression version of the MAOA gene promotes higher levels of monoamine, which allows larger amounts of these neurotransmitters to stay in the brain and boost mood.

The research is based on an analysis of data from a sample of 345 individuals – 193 women and 152 men – participating in Children in the Community, a mental health study.