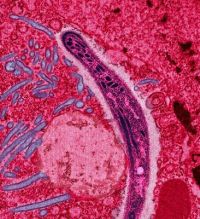 Colombo: Despite being ravaged by decades of conflict, Sri Lanka has succeeded in reducing malaria cases by 99.9 percent since 1999 and is on track to eliminate the disease completely by 2014, shows a study.

Researchers from Sri Lanka’s Anti-Malaria Campaign and the University of California San Francisco Global Health Group examined national malaria data and interviewed staff of the country’s malaria programme to determine the factors behind the success in controlling malaria, despite a 26-year civil war that ended in 2009.

Typically, countries with conflict experience weakening of their malaria control programmes and an increased risk of outbreaks and epidemics, the researchers said, the journal Public Library of Science ONE reported.

Chief among its keys to success was the programme’s ability to be flexible and adapt to changing conditions, the study found.

For instance, to protect hard-to-reach, displaced populations, public health workers deployed mobile clinics equipped with malaria diagnostics and anti-malarial drugs, whenever it was safe to do so, according to a statement of Sri Lanka’s Anti-Malaria Campaign.

Likewise, when it was impossible to routinely spray insecticides in homes in conflict zones, the malaria programme distributed long-lasting insecticide-treated nets, engaging non-governmental partner organisations familiar with the areas to help with distribution.

The programme was able to sustain key prevention and surveillance activities in conflict areas through support from partner organisations and support from the Global Fund to Fight AIDS, Tuberculosis and Malaria.

“Sustaining the gains of elimination efforts and preventing resurgence is even more challenging today, especially in tropical settings such as Sri Lanka,” said Rabindra Abeyasinghe, who led the research at the Sri Lankan Anti-Malaria Campaign.

“In this era, sustaining the interest of partners and local decision makers, and ensuring continued funding, are becoming increasingly difficult. To avoid the tragic mistakes of the past, we must resolve to continue to devote the necessary resources and energy to the fight against malaria in Sri Lanka.”

“It is very exciting to document Sri Lanka’s current progress toward malaria elimination, to add another chapter to our country’s ongoing fight against the disease,” said Gawrie Galappaththy, study co-author. However, she said, achieving zero malaria will require continued investments and hard work.