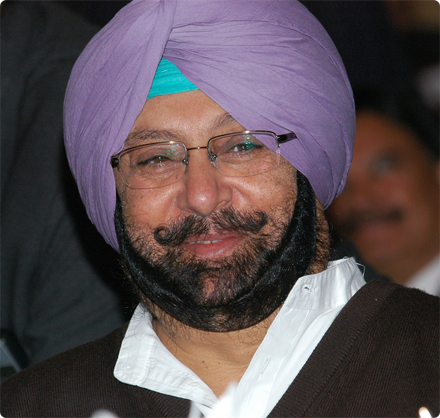 Chandigarh: Strange as it may sound, the return of Punjab Congress chief Amarinder Singh to the state and his proposed political tour makes news in Punjab.

The former chief minister, who led the Congress to a shock defeat in the assembly elections in January this year, is embarking on a political tour of various assembly constituencies in the state.

The tour takes place on seven days between Sep 2 and Sep 13.

“Punjab Pradesh Congress Committee President Capt. Amarinder Singh will be touring Punjab beginning Sep 2. In the first leg of his tour, he will visit seven places. During this tour he will meet the workers in different assembly segments,” his spokesperson said.

Amarinder Singh was away recently to South Africa on a holiday with friends and close aides. There is a question mark over the political future of the state Congress president, after the debacle in the assembly polls. That debacle was worse compounded by losses in subsequent civic polls and assembly bypolls.

Amarinder Singh is known to spend much of his time in New Delhi, Chandigarh, and his picturesque orchards in neighboring Himachal Pradesh and abroad. Party cadres have now grown quite used to their leader’s “guest appearances”.

Incidentally, the constituencies he has chosen to tour are mostly those of his loyalists in the state Congress.

“There has been a lot of talk in recent months that the state Congress chief will be changed. But the Congress high command has not yet arrived at a decision in the matter. He has also not shown any great concern over his impending removal as party chief,” a former minister in the Amarinder Singh-led government said.

Amarinder Singh loyalists say the Congress has no substitute for him.

“None of the names doing the rounds as the new state Congress president have the mass base or charisma of Amarinder. Some of them win their own assembly seats with great difficulty. How can they possibly lead the party,” one loyalist legislator said.

Amarinder Singh’s tour begins from the border district of Tarn Taran. Other places he is scheduled to visit include Chamkaur Sahib, Rampura Phool, Phillaur, Majitha, Fatehgarh Churian and Sanaur.

This will be his first big tour of the state after the Congress was humiliated in the January assembly elections.

For the first time in over 45 years, a sitting government, that of the Shiromani Akali Dal-Bharatiya Janata Party (BJP), returned to power for a second consecutive term.