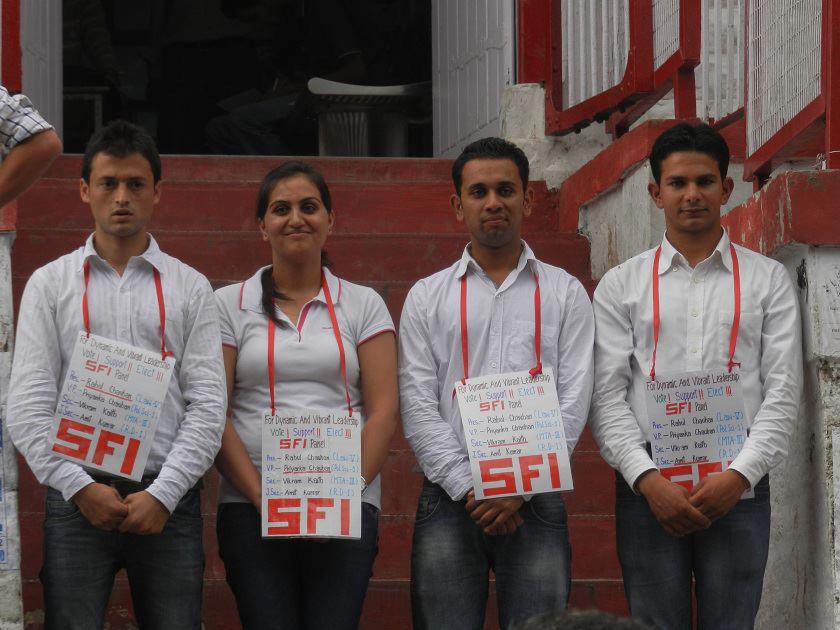 Shimla: The Students Federation of India (SFI) Thursday again swept the students central association polls in the Himachal Pradesh University here, winning all the seats with a huge margin.

The voting, which was held peacefully, saw a 65 percent turnout.

SFI’s Rahul Chauhan was elected the president, defeating Dinesh Kumar of the ABVP by a margin of 713 votes.

For the post of vice-president, Priyanka Chauhan of the SFI was declared winner, defeating Parul Shukla of the ABVP by 570 votes.

The SFI is the student wing of the Communist Party of India-Marxist, while the ABVP is affiliated to the Rashtriya Swayamsewak Sangh (RSS).