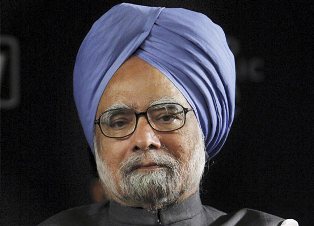 New Delhi: The unity and integrity of India is being threatened by “some elements”, Prime Minister Manmohan Singh said Friday while stressing that the government will do its best to protect people of the region.

Addressing the Lok Sabha, the prime minister said: “It is our obligation to protect the people of northeast. The government will discharge its duty to the best of its ability so that a feeling of insecurity among people of northeast is brought under control.”

“Such acts are most reprehensible. The unity and integrity of India is being threatened by some elements,” the prime minister said as members discussed the issue of thousands of people from the northeast fleeing places like Bangalore, Hyderabad and Pune after rumours that they would be attacked.

Speaking on the same issue in the Rajya Sabha, the prime minister said all parties would together ensure that citizens from the northeast were safe in all parts of the country.

In the Lok Sabha, members demanded a resolution to assure northeastern students across the country and called for stern action against rumour mongers.

Speaker Meira Kumar rejected the demand but allowed the members to speak on the issue.

“The government should create a helpline for students, deploy police around hostels and shopping malls. The house should pass a resolution to assure the northeastern students that the government and parliament will protect them,” Sushma Swaraj said.

Wild rumours have been spreading that people from the northeast region would be attacked after Eid on Aug 20 to avenge the recent ethnic violence in Assam, in which more than 74 people were killed.

The rumours have caused over 5,000 students from northeast fleeing to Guwahati from Bangalore by special trains till late Wednesday.

“There is a fear factor among students from northeast. The government must identify and punish the rumour mongers. It is sad that people from northeast with Mongloid features are being targeted across India,” Ering said.

Samajwadi Party MP Rewati Raman Singh said attack on the northeast students was a planned conspiracy against the country.