Shimla: Once the mode of transport for royalty and women in purdah nearly a century ago, the palanquin will be resurrected to ferry patients from remote and inaccessible mountain villages in Himachal Pradesh that don’t have road access to ambulances and hospitals.

The state health and family welfare department plans to deploy palanquins, or palkis as they are called, to help patients in over 500 small villages scattered over rugged, cold and inhospitable terrain. 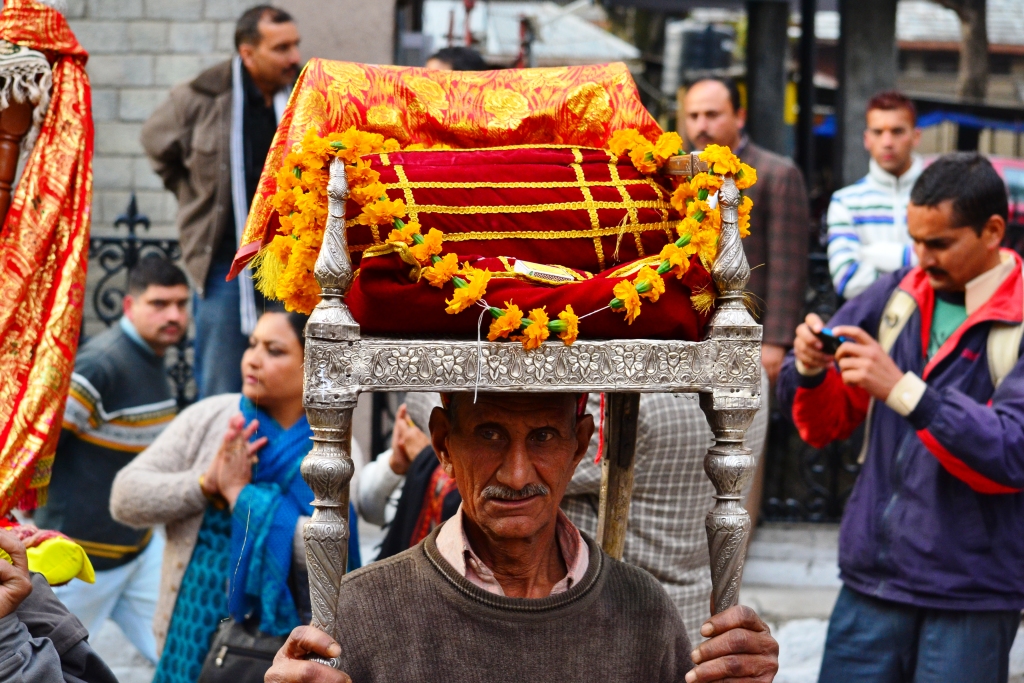 The department will provide one palki to each village not connected by road under the ‘108’ Atal Swasthya Sewa, an ambulance service launched by the state government in December 2010, to carry patients.

Most of the villages are located in the interiors of Chamba, Kinnaur, Lahaul and Spiti, Shimla and Kangra districts.

“The process to identify the villages (not connected by road) is still on. We are also looking into the financial implications. But within three months, we will be in a position to provide palkis to some of the remotest villages,” Health and Family Welfare Secretary Ali Raza Rizvi told IANS.

The department would initially provide aluminium-made open palkis to 150 village health and sanitation committees. Later, all the identified villages would be covered.

Each palki, which will cost Rs.7,000, will have a flexible stretcher that can be stretched or folded as chair depending on the need of the patient.

At present, patients ride piggyback to reach a nearby road. “Often the condition of the patients suffering from grievous injuries and multiple fractures deteriorates during physical lifting,” Rizvi said.

Officials of the GVK-EMRI (Emergency Management Research Institute), a Hyderabad-based company hired by the government to run the ambulance service, said locals in some villages have to trudge 40-50 km to reach the road head.

Bara Bhangal village in Kangra district will be provided a palki in the first phase, an official said.

With a population of over 400, Bara Bhangal, part of the Dhauladhar Wildlife Sanctuary, is amongst the remotest villages in the hill state. Sheep and cattle rearing is the main occupation of the people who are nomads. It is 65 km from the last village that is connected by road.

The government also plans to link over 100 villages located in the islands of Pong Dam and Bhakra Dam reservoirs to provide timely medical aid to people in emergencies.

According to health officials, two fully equipped boat ambulances, each costing Rs.17 lakh, would be introduced to ferry the patients to the nearby stationed four-wheeled ambulance.

To run the ambulance service, the state has already tied up with GVK-EMRI under a public-private partnership mode.

All the 108 ambulances, currently operating across the state, are furnished with life-saving equipment like automatic external defibrillator and drugs like anti-snake venom.

An ambulance takes 25 minutes to reach a person in urban areas and 35 minutes in the rural areas.

Of the total service provided, 88 percent was in rural areas.