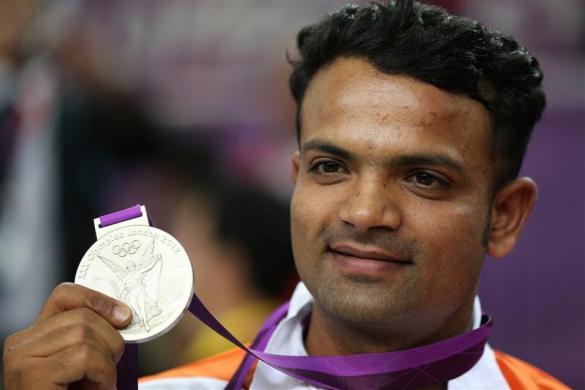 Leuris Pupo kept his cool to win Cuba’s first gold of the Olympics. Pupo scored 34 to edge out India’s Vijay Kumar, who took silver with 30.

China’s Ding Feng won bronze after being edged out by Kumar by one point in the final elimination round at the Royal Artillery Barracks.

Russia’s Alexei Klimov had set a new world record of 592 in qualifying, but struggled in the final after two low-scoring rounds early on, and eventually finished fourth after failing to make it into the final two medal rounds.