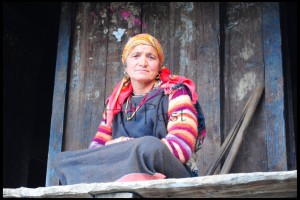 Shimla: Improving standards of living in the hill state over the 2011 -2011 decade was reflected in the household census as number of quality housing showed a marked increase as did access to tap water, better sanitation, high telephone connectivity and  other parameters, data of which was presented here today.

At a daylong workshop organized by the Census Department director census Balbir Tegta disclosed that there were a total of 2,933,663 census houses in the state of which 2,612,611 were in rural areas and 321,052 in urban areas.

Drinking water facilities in houses was available to 55.5 percent households compared to 32.6 percent in the 2001 census, he said.

Gas cooking had increased to 38.6 percent households compared to 28.1 percent in the earlier census.

Against a national average of 63.2 there were 82.3 percent telephone and mobile users in Himachal under the 2011 census.

Banking services which was availed by 59.5 percent in 2001 had spread and was being availed by a whopping 89.1 percent people in 2011, said the census director.

Speaking on the occasion chief secretary Sudripta Roy who inaugurated the workshop said that the findings of the latest Census indicated that Himachal Pradesh had moved ahead towards improved quality of life, especially in respect of communication, transportation, housing and other facilities besides literacy rate and sex ratio.

He said that census data was very significant for development as it focuses upon the improvement in facilities, quality of life as well as the gaps and the grey areas which need attention.