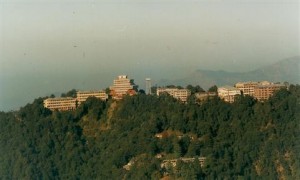 Shimla: Faced with mounting incidences of indiscipline that are connected with upcoming students elections, vice chancellor ADN Bajpai held out that indiscipline would not be tolerated.

In a communiqué, the vice chancellor stated that opinion of a majority of department heads at a meeting held today was for not holding elections to the students council.

He said that if the students community maintained the sanctity of the university and did not resort to any kind of indiscipline, the authorities had no objection in holding the students elections.

“No act of students indiscipline would be tolerated, said Bajpai. “Any incident of gherao of faculty members or of other university authorities would be strictly dealt with,” he added.