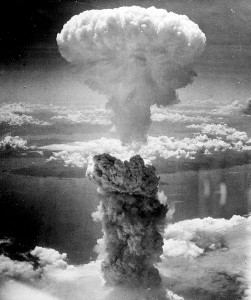 New Delhi: In a delicate balancing act, India today renewed its pitch for universal, time-bound nuclear disarmament, but underlined that it will not be part of any arms race and will continue to maintain credible minimum deterrence to deter others from trying out “nuclear coercion or blackmail”.

“As a responsible nuclear power, we have a credible minimum deterrence policy and a posture of no-first use. We refuse to participate in an arms race, including a nuclear arms race,” he said.

In a similar vein, National Security Advisor Shivshankar Menon underlined that for India, nuclear weapons have had been weapons of deterrence, and not war-fighting weapons. “These weapons are for use against an attack on India.”

“On at least three occasions before 1998, other powers used the explicit or implicit threat of nuclear weapons to try and change India’s behaviour,” said Menon.

Menon disclosed that after India became a declared nuclear weapons state in 1998, it has not faced such threats.

“So the possession of nuclear weapons has, empirically speaking, deterred others from attempting nuclear coercion or blackmail against India,” he added.

The day-long conference, organised by the Indian Council of World Affairs and supported by the external affairs ministry, saw the participation of nearly 1,500 students from around 37 universities.

It was held to commemorate the 68th birth anniversary of former prime minister Rajiv Gandhi, who presented a plan for a nuclear-weapons-free world order at the UN General Assembly June 9, 1988.

In his opening address, Krishna also stressed that India has maintained its voluntary and unilateral moratorium on nuclear explosive testing and is prepared to negotiate an Fissile Material Cut-off Treaty (FMCT) in the Conference on Disarmament in Geneva.

“We are committed to working with the international community to advance our common objectives of non-proliferation, including through strong export controls and membership of the multilateral export regimes,” he said.

He, however, called for reducing the salience of nuclear weapons in national security doctrines.

“There is need for a meaningful dialogue among all states possessing nuclear weapons to build the necessary trust and confidence and for reducing the salience of nuclear weapons in international affairs and security doctrines.”

“We believe that progressive steps are needed for the de-legitimisation of nuclear weapons before they are eliminated.”

“Pending the elimination of nuclear weapons, it is necessary to reduce nuclear risks, especially of terrorists gaining access to sensitive materials and technology and even nuclear weapons.”

Alluding to the recommendations of the report prepared by Informal Group on the Rajiv Gandhi Action Plan, under the chairmanship of Mani Shankar Aiyar, a Congress MP, Krishna said it underlined that “there is no contradiction between India as a nuclear weapon state and its support for global nuclear disarmament”.

“In fact, our message carries greater weight in global forums.”

In an oblique reference to Pakistan, Menon stressed that unlike certain other nuclear weapon states, India’s weapons were not meant to redress a military imbalance, or to compensate for some perceived inferiority in conventional military terms, or to serve some tactical or operational military need on the battlefield.

He underlined that the acquisition of nuclear weapons has imparted an added authority to India’s moral authority for universal disarmament on the global fora.