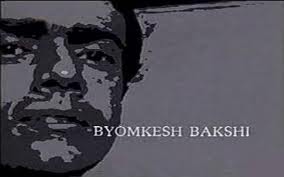 The publication of a collection of three translated stories of Bengali writer Saradindu Bandyopadhyay featuring private investigator Byomkesh Bakshi is aimed at drawing the attention of a new and young readership to classical Indian detective fiction.

Translated from Bengali to English by Arunava Sinha, “The Rhythm of Riddles” has three mystery stories set “in familiar environs with a diverse cast and intelligent action that centres around the family, friends and the city of Kolkata”.

Sinha, whose translation of the classic Bengali novel “Chowringhee” by writer Sankar won him a Vodafone Crossword Award, says the revival of Byomkesh as a detective in the 21st century is a reminder of the “old-world goodness” that marked the classic private eyes of the early 19th and 20th century who operated with their heads and compassion for humanity.

Sinha believes that a market of growing young readers of translated classical fiction will drive the translation market for regional icons.

“Byomkesh Bakshi was an altruist, one of those rare detectives who believed that the criminal need not always be handed over the police. They could be reformed or pardoned. He was a samaritan, more of a social reformer,” Sinha told IANS.

Why was Byomkesh created? The idea of a benign crime-buster was a post-war reaction to propagate the gospel of peace in a world torn apart by death and bombs across continents. The advocate-turned writer Bandopadhyay was deeply influenced by Sherlock Holmes, Hercule Poirot, Father Brown (G.K. Chesterton) and Auguste Dupin created by Edgar Allan Poe. He also realised that if he had to relate to an Indian audience, he had to create an Indian character, who lived in a familiar suburban milieu. Other private eyes like Dinendra Kumar Ray’s Robert Blake and Panckhari Dey’s Bijoy Mitra moved in a colonial world.

Sinha says almost all mystery novel writers, who created enduring detectives as their central characters, were inspired by Holmes.

“He was a gentleman detective and the police did not like him much,” the translator says.

A similar willingness to side with the helpless and sometimes hapless criminal runs through the three stories on Byomkesh, along with an element of supernatural in the form of sighting of ghosts who help solve the mysteries.

Byomkesh’s world was very middle class, very ordinary and very Indian, unlike many other private eyes from Bengal such as Nihar Ranjan Gupta’s Kiriti Roy, who appeared esoteric to common readers and Satyajit Ray’s Feluda, who was a shade too racy for the Bengali middle-class to reconcile to.

Byomkesh’s strength was his brain and simplicity.

In the story, “The Rhythm of the Riddles”, Natabar Nashkar, a lodger in the three-storeyed residence of Byomkesh, is found murdered in his room. The trail of investigation leads the detective to fellow boarder Bhupesh Babu, who confesses to murdering Natabar to avenge the kidnapping of his son.

“I see… There is no need to say anything more, Bhupesh babu,” Byomkesh said. He looked at the ceiling for a while. Then he said, “No one hangs for killing a crow,” he said.

The crime becomes a symbol of redemption. The murderer is a “hero” symbolic of the triumph of the helpless middle class against organised crime.

A lot has changed from the time these stories were written but what has not changed is the nature of crime, Sinha says.

“Just like they do now, twisted people had no compunction stealing, robbing and even killing,” he says.

Bandopadhyay’s stories reflect his roots. Born in Jaunpur in Uttar Pradesh in 1899, the writer lived through the two World Wars – events that coloured his mystery stories.

In 1938, the writer moved to Bombay to write screenplays for Bombay Talkies and lived in the city for 15 years. He wrote his first Byomkesh stories in 1932 and was said to have been writing a Byomkesh story before his death in 1970.

Other than Satyajit Ray’s Detective Feluda or Pradosh Kumar Mitter, Byomkesh was the only private eye who found fame on the screen. In the early 1980s, Kolkata Doordarshan produced 33 episodes of Byomkesh Bakshi. Bollywood director Basu Chatterjee helmed the series, starring actor Rajit Kapur as the investigator.