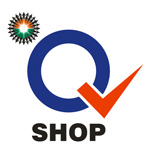 New Delhi: Expressing concern over content of a recent television commercial of the Sahara Group, an NGO has asked the information and broadcasting ministry to intervene and withdraw it from broadcasting, for using fear and scare tactics.

The NGO, Uday Foundation (for congenital defects and rare blood groups), has written to Information and Broadcasting Minister Ambika Soni and the National Commission for Protection of Child Rights (NCPCR), asking them to take appropriate action against the Sahara advertisement.

The TV commercial for Sahara ‘Q’ shop, which is being promoted as an “adulteration-free” retail chain, showcases cricketer Sachin Tendulkar holding a pot on his shoulder and performing the last rites while a family is eating breakfast, Yuvraj Singh digging a grave while a school kid eats lunch from his tiffin box and Virender Sehwag replacing a cradle with a hospital bed.

The advertisement also showcases a man posing as a medical practitioner suggesting that purchasing grocery or some other products can cause paralysis, brain damage, cancer, glaucoma, or kidney failure – but without citing a sources, statistics, data or research to justify his claims.

“The recent television commercial of Sahara ‘Q Shops is using fear and scare tactics to sell products which are adulteration-free. This advertising is attacking people’s weak spots in order to sell a product,” a press release from the NGO stated.

The Board of Control for Cricket in India (BCCI) has already raised objection to the Sahara Group using cricket players for the advertisement.