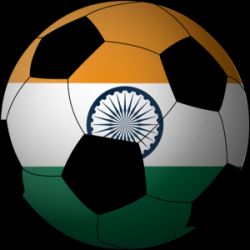 New Delhi: A spirited Cameroon got the better of 10-man Maldives 3-1 in the crucial Nehru Cup football tournament match at the Jawaharlal Stadium here Wednesday. The result means that the Indomitable Lions will cross swords with India in Sunday’s title clash.

As things stand now, both Cameroon and India have seven points each from three matches while the Maldives, the other team who was in the contention prior to the kick-off, finished their engagement on six points from four matches. Syria and Nepal had earlier bowed out of the tournament.

India and Cameroon clash with each other in the last match of the round robin league which is also a dress rehearsal for the final slated to be played on Sep 2.

Coming to the match, Cameroon went ahead as early as in the 12th minute through Kingue Mpondo’s close-range volley but his goal was cancelled out 13 minutes later when Abdul Akram slotted home from close range.

But the islanders’ joy was short-lived as the Indomitable Lions restored their upper hand in the 39th minute. Mpondo was on target again, this time from a corner. His header went like a bullet past Maldives custodian Mohammed Imran. Ebanga Bertin increased the margin in the 50th minute from the spot.

Cameroon started the match from where they left in their last outing against Nepal, troubling the Red Snappers from the word go with swift flank movement and physical superiority.

A packed five-man midfield failed to bear fruit for Asfaq Ali’s boys until the 26th minute when a brilliant move saw Easa Ismail set up Akram inside the box.

Akram made no mistake from close range with a rasping right-footer that nestled into the far post. But the Indomitable Lions restored their superiority in the 39th minute through Mpondo who doubled his tally with a powerful header from a corner.

The Maldives were down to ten men at the beginning of the second half as Ashaad Ali was sent off for protesting against a spot kick decision. Ebanga Bertin, once again was spot on from the spot. The decision though left both Ali and his colleagues fuming.