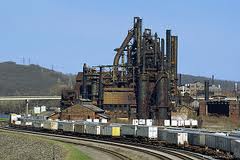 Kolkata: India’s mining sector has been under pressure as a host of mining activities in the country has turned out to be scandalous, Tata Steel managing director H.M. Nerurkar said today.

“Mining and scam have become synonyms these days,” Nerurkar said at the Annual General Meeting (AGM) of the Indian Refractory Makers Association here.

He, however, said the coal block allocation to private players that the Comptroller and Auditor General’s (CAG) report spoke about resulting in a loss of a whopping Rs.1.85 lakh crore ($37 billion) to the exchequer, was not a scam.

“There is nothing out of turn which has happened with coal. I don’t think there has been any scam.”

According to him, the government could not ask for an auction prices for allotting the coal blocks since there were uncertainties regarding the amount of coal and types of coal these blocks had.

Nerurkar said the existing screening and route for allocating coal blocks to the private players was fair and transparent enough.

“We have expressed our views to FICCI and CII. The government has been working with these bodies to get all the stake holders along,” he added.