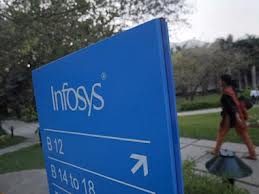 Bangalore: Infosys Ltd’s American employee Jay (Jack) Palmer, whose lawsuit against the IT bellwether was dismissed by a US court yesterday, would continue in the company but would be benched, a top official said Tuesday.

“Palmer, who is a principal consultant by designation in the US, will continue to be an employee of our American subsidiary but will be on the bench, as our utilisation rate is currently less. He will be put on work as and when we get new projects,” Infosys chief executive S.D. Shibulal told  in a conference call.

Expressing satisfaction over the ruling by Alabama federal judge Myron H. Thompson for throwing out Palmer’s case with costs citing technicalities in the Alabama state law, Shibulal said the verdict vindicated the company’s stand all along that he had no basis to support the charges levelled against the global software major.

“We are extremely pleased by the judgment, which puts an end to the case and reaffirms our policy of not retaliating against Palmer or any of our people. We have a well defined whistleblowers policy. Whenever charges are made, we investigate to verify them but will not retaliate,” Shibulal asserted.

Palmer had alleged that he was harassed at work, sidelined and even received death threats for refusing to participate in an alleged Infosys’ scheme to use workers on business visitor, or B-1 visas, for tasks that required an H-1B work visa.

Thompson ruled that some of claims brought by Palmer against Infosys were not covered by the state law.

“As evident from the ruling, Palmer did not have a case against us, much less documents to prove that we retaliated against him. The fact that the case was dismissed even before considering for trial proved that Palmer’s attempt to accuse us of wrong-doing or violating state laws by falsifying documents failed,” Shibulal noted.

Noting that the court’s decision upheld the company’s position from the beginning that Palmer’s claims of retaliation were unfounded, the co-founder said he was pleased to consider the matter officially closed as the case did not merit further hearing or trial.

On the visa issue, Shibulal reiterated that the company did not violate any law and believed in following the guidelines applicable to the industry.

“Our position on visa issue remains the same as before. There are no updates. We will respond appropriately when the case comes up for hearing in the federal courts. Our lawyers are preparing the defence.

The US authorities are separately investigating Palmer’s charges of Infosys violating US visa rules. He accused the company of using short-term business visas (B-1) instead of work visas (H1-B) meant for high-skilled employees.