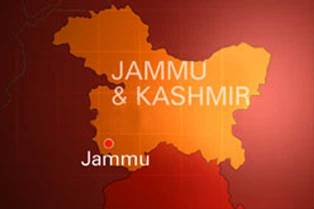 Srinagar: Government is continuing with the ban on the airing of news in local cable channels in Kashmir with the argument that cable television network regulation act does not allow airing of news while their counterparts in Jammu seem to be immune from the act.

The step-motherly treatment has angered the cable operators and public in valley who term the ban as unjust and a tactic to suppress a particular region of J&K.

“There is double speak on the part of government, how can they use the same law differently in two places of a state”, said a journalist who worked as anchor with a local cable channel Mouj Kasheer

In 2008, during Amarnath Land row agitation, government had banned local cable channels in both regions of state but within fifteen minutes cable network was restored in Jammu. The ban on local channels in Kashmir was lifted after almost one month.

The local cable channels were again suspended on September 12 following 2010 unrest with district magistrate coming down with a heavy hand.

“We have asked cable operators to adhere to the Cable Network Act 1995 in letter and Spirit as under the act they can’t telecast news”, D.C. Srinagar, Meraj Ahmed Kakroo he said at the time of enforcing the ban in the valley.

District magistrate had said that government is not imposing restrictions on media but cable operators can’t go against the law by telecasting news.

“We are not against the law, but we fail to understand how government got to know about the law after so many years, that too in case of Kashmir only” said, Bilal Furkani who was associated with Mouj Kasheer channel.

They claim that they are being punished selectively for airing the views of the public.

The people who are in know of things say that a cabinet minister in Umer Abdullah led government has stalled the moves of lifting ban on local cable channels.