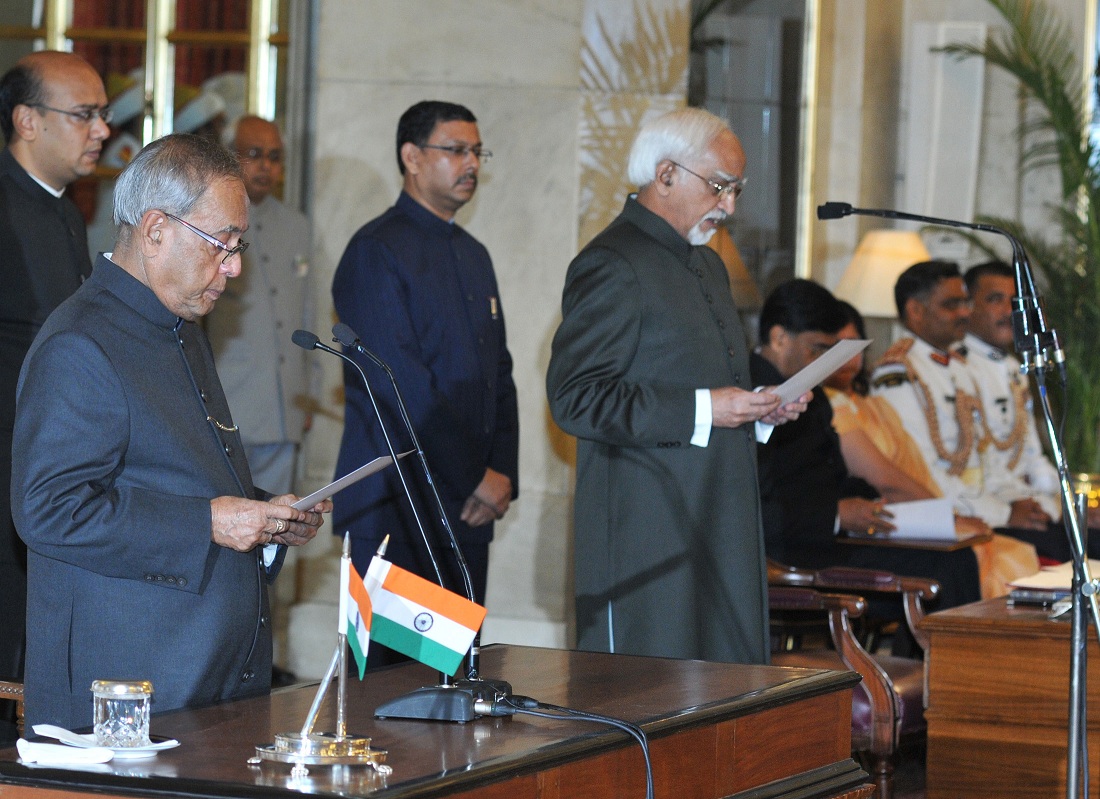 Ansari was administered the oath of office by President Pranab Mukherjee at a function attended by Prime Minister Manmohan Singh, Congress chief Sonia Gandhi and several ministers, besides leaders from the ruling United Progressive Alliance (UPA) and other political parties.

UPA candidate Ansari had defeated National Democratic Alliance (NDA) nominee Jaswant Singh by a margin of 252 votes in the vice presidential election Aug 7 to secure another term in office.

Ansari is the second vice president after Sarvapalli Radhakrishnan to get two successive terms.

Ansari, who has served as the country’s vice president since 2007, is a scholar and a seasoned diplomat.

A former ambassador to the United Arab Emirates, Afghanistan, Iran and Saudi Arabia, Ansari was also the vice chancellor of Aligarh Muslim University and chairman of the National Minorities Commission.