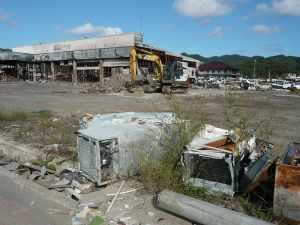 Tokyo: The massive earthquake and tsunami that struck Japan March 11 last year, in which nearly 16,000 people were killed, also triggered a sharp rise in the incidence of heart disease, according to medical records.

Based on the 124,152 ambulance records in the Miyagi prefecture, which registered the greatest damage in its vicinity, cardiologist Hiroaki Shimokawa and colleagues from the Tohoku University, found that the weekly occurrence of conditions linked with cardio-vascular disease (CVD) increased sharply soon after the quake.

CVD are a class of diseases which refers to cardiac disease, vascular (blood vessel) disease of the brain and kidney, and peripheral arterial disease (when arteries get blocked with plaques, restricting blood supply to the heart).

Such reactions have been reported before, said Shimokawa, in Japan, China and the US. However, these studies reported only the short-term occurrence of individual CVD events, and the mid-term CVD effects of such great earthquakes remain to be elucidated, the journal ACS Stroke and Pulmonary Embolism reports.

Incidence records from before, during and after the earthquake disaster were compared, the aftershocks counted and recorded according to a seismic intensity of one or greater, according to a Tohoku statement.

“To the best of our knowledge,” Shimokawa added, “this is the first report to describe the mid-term course of major cardiovascular events and pneumonia after a great earthquake in a large population. In particular, our findings provide the first evidence that the incidence of heart failure was markedly increased over a long period afterwards.”