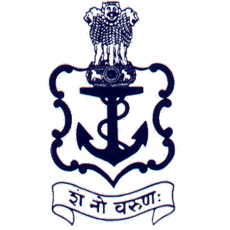 New Delhi: In a revolutionary step to speed up its budgetary processes and macro-manage public funds, the Indian Navy will Saturday launch its force-wide automated Financial Information System (FIS) that is expected to simplify decision-making and enhance transparency in its monetary dealings.

Defence Minister A.K. Antony will launch the FIS at an event in the presence of Indian Navy chief Admiral Nirmal Verma. For starters, FIS will help manage the $13 billion the Indian Navy has been been allocated in the budget for 2012-13.

Developed over a two-year period with help from information technology major Wipro Infotech, the FIS cost the navy about $6 million to create.

“The FIS is a pioneering initiative of the Indian Navy for effective management of its budget, both capital and revenue. The FIS provides a unified platform to bring together all departments involved in budgetary estimation, allocation and public expenditure,” a naval officer said.

“The system will deal only with public funds and would simplify fund allocation, expenditure and monitoring and reduce timelines in the procurement process,” the officer added.

The FIS will replace the legacy system of budget management that happened predominantly manually and took nearly 45 days of every year in preparing for the processes of allocation and utilisation.

With the Indian Navy buying new equipment – for which nearly $5 billion was allocated this year – annually, the FIS is expected to not only help allocate funds, but also monitor the payment schedule to the sellers.

To be hosted on 36 physical servers that translate into 54 virtual servers in the national capital, the FIS will be based on the navy’s intranet and hence would be free of the threat of cyber attacks.

“The system has been designed to comply with existing financial regulations, thereby automatically ensuring compliance by all users,” the officer said.

Interestingly, the navy has over 700 units, including warships, that utilise funds from the annual budget under over 650 heads.

The Indian Navy, being entrusted with the responsibility of securing Indian maritime interests and safeguarding a 7,500-km coastline and the exclusive economic zone, has to maintain a large fleet and supporting units, apart from modernising and upgrading its platforms and equipment.

All of these processes are facilitated by the naval budget, which is managed and utilised by the directorate of naval plans at the headquarters.