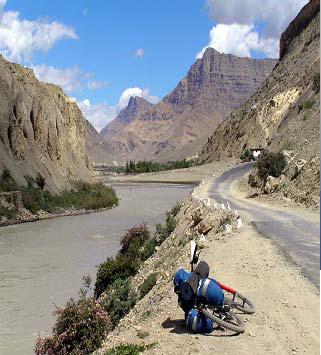 Shimla: The hills of Himachal Pradesh may experience heavy rainfall in the next two days, while the Chandigarh-Manali National Highway-21 remained disrupted throughout the day due to massive landslides.

Officials said more showers could aggravate the situation in the state as most of the rivers are in spate.

“The entire state is likely to experience heavy spells of rainfall in the next two days,” a Met department official told.

He said tourist towns of Shimla, Narkanda, Kufri, Kalpa, Kasauli, Chamba, Dharamsala, Palampur and Manali may get rains in the next few days.

Mandi experienced the maximum rainfall in the state of 86 mm.

“The water levels in the Beas and Satluj rivers have increased abnormally due to continuous rainfall. But the rivers are still flowing below the danger mark,” a government spokesperson said.

Meanwhile, traffic on the Chandigarh-Manali highway remained closed near Mandi town for many hours but it was reopened in the evening.

“The highway was closed due to massive landslides triggered by uninterrupted rain in the region for the past few days,” a police official said.

Likewise, hundreds of tourists and the locals bound for the Lahaul Valley remained stranded for several hours near Kaza in Lahaul and Spiti district due to landslides.

“The traffic that had been held up since Saturday night was cleared this (Sunday) afternoon,” said Deputy Superintendent of Police Rajesh Kumar.