Shimla: One under construction and another 11 year old concrete structured building collapsed in Totu suburb late last night but not before they were evacuated and no loss to human lives is reported.

Sub inspector Shiv Kumar, after inspecting the spot told Hill Post that a partially constructed building with 3 reinforced concrete slabs and a four and a half storied 11 year old building suffered complete loss.

“Cracks have appeared in a nearby building and its occupants have been evacuated for that structure too may collapse,” said Kumar.

“We got information about the building collapse at 10.30 p.m., said the police officer.

In all, 4 families consisting of about 20 people have been rendered homeless.

Elsewhere from the state, heavy rain damages are reported with several roads blocked due to landslides or have been washed away by surging streams and rivers. 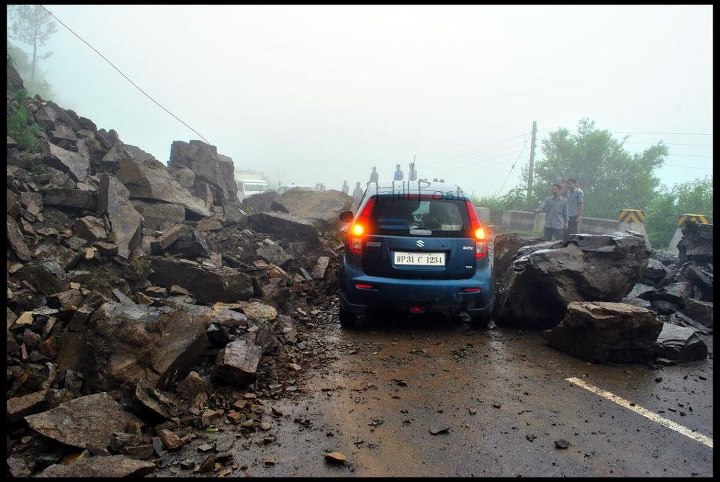 Rail traffic in Kangra was hit as part of the track was blocked by a landslide. More than 60 road routes were hit by roadblocks because of rock fall or landslides. 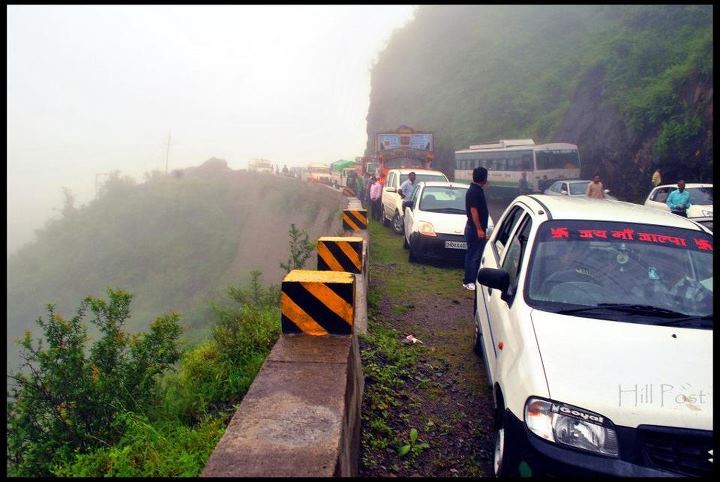 The meterological office has issued a warning forecast that heavy to very heavy rain was likely to be experienced in the region over the next 48 hours as easterly winds were prevailing over the western Himalayan region at lower levels and interacting with mid latitude westerlies over the region.

The  Southwest  Monsoon was vigorous over the state during last 24 hours and precipitation occurred at most places in Himachal Pradesh with very heavy rainfall occurred at isolated places, said the weatherman..