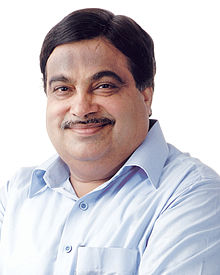 Imphal: Illegal immigrants were to be blamed for triggering the mass exodus of northeastern people from southern states, BJP President Nitin Gadkari has said.

“The attacks on northeastern people in some cities was not a clash amongst the people of India but was perpetrated by illegal migrants living in the country,” Gadkari told party workers late Thursday in this Manipur capital.

Thousands of students and professionals from the northeast fled cities like Bangalore, Hyderabad and Pune in special trains following rumors that people from the northeast would be attacked to avenge the ethnic violence in Assam involving Bodos and Muslims.

“It is not a Hindu-Muslim issue, but an issue of illegal immigration and external threat. It is a shame that Indians were forced to leave their places of stay and studies under threat from anti-national elements,” he said.

Stating that the recent ethnic clashes in Assam were a fallout of the influx of illegal Bangladeshi immigrants, Gadkari said: “The problem in Assam is also not a problem between Hindus and Muslims but a problem between the people of Indian origin and foreign origin.”

Lambasting the Congress government in Assam for issuing voter cards to “foreigners”, Gadkari said the party was encouraging infiltration of Bangladeshi migrants to settle in northeastern states for votes.