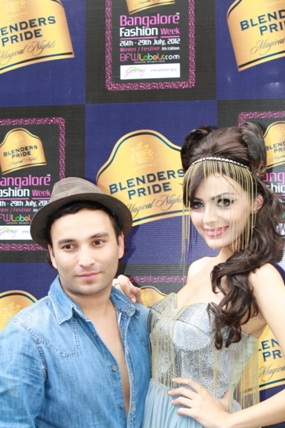 New Delhi: There is beauty as well as violence in the Kashmir Valley. The stark contrast in atmosphere led designer Sajid Dhar to reflect the pain, suffering and urge for freedom among his people through his collection “Bondage”, said to be also inspired by late international pop star Amy Winehouse, who lived life on her own terms.

“I always thought it is the beauty of Kashmir and my passion for creativity that led me to fashion, though violence and tragedy also play an important role. Subconsciously, somewhere or the other, my work reflects it and it’s all about being bold and free,” Dhar told IANS.

Art was all around him and so taking up an artistic career was almost inherent for the 30-year-old, who is based in Delhi now.

“Kashmir is a spiritual valley with art, crafts and textiles all over the place. Almost every one has a natural flair for creativity,” said the designer, who was lucky to have parents who let him pursue a career as a designer. 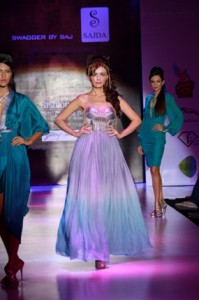 “People have started appreciating fashion designing for what it is. Coming from a land which oozes talent and art everywhere, being creative was not seen as a potential but something that you have and you live with it.

“I don’t think there was a market for designer wear in Kashmir at that time, but now it is different. People want to wear designer wear and they want to feel good and happy again,” he added.

Dhar also says there’s a pool of unexplored art and craft in his state, even as several mainstream designers, including Bollywood’s beloved Manish Malhotra, have attempted to revive it.

“Kashmiri art and craft that we see is just a pinch of what Kashmir has to offer. There is so much stuff yet to be discovered. Manish Malhotra did a fantastic job by mixing Kashmiri style with western styles (in ‘Rockstar’). It worked and looked brilliant.

“But there is a lot more potential that needs to be tapped in terms of talent and resources,” he said.

In his first collection, which was showcased in Bangalore recently, Dhar worked with soft fabric with metal work. He used from blues to greys, browns to reds, whites and golds with hint of blush pink in silhouettes of freeflowing as well as fitted dresses.

He had a message to give – “It is an attempt to make people feel how freedom and bondage could go hand in hand.”

The “freedom” bit of it was also a cue taken from the late Amy Winehouse, who died just over a year ago.

“Amy Winehouse was an amazing singer and a fantastic artist who lived life on her own terms. That’s why her music touched so many people, because it felt real! I’ve always loved people who live their life on their own terms, are true and it always reflects in what they do,” said the designer, who is a fan of her songs.

Apart from a graduation and postgraduation degree in fashion and international business from London, Dhar was exposed to “a different world” while working with reputed brands like Diesel Black Gold, Vivienne Westwood and Martin Maison Margiela.

It urged him to focus on “classic, sophisticated, confident yet quirky and exotic” creations, priced between Rs.11,000 and Rs.40,000.