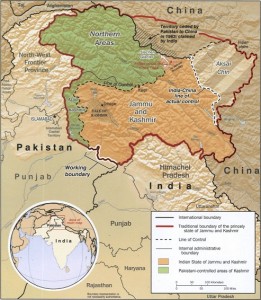 Jammu: A cache of arms and ammunition have been recovered from a remote mountainous forest area in Jammu and Kashmir’s Poonch district, an army official said Saturday.

Security forces, including the army and Jammu and Kashmir police, recovered the cache of arms and ammunition as well as some incriminating documents late Friday.

Based on intelligence inputs, an operation was launched in Salwah forest of Poonch district, about 240 km north west of Jammu, an army spokesperson told IANS Saturday.

“The security columns recovered a cache of arms and ammunition including an AK 47 with 160 rounds of ammunition and 12 magazines of AK 47 series weapons. Troops also recovered a Pakistan SIM card and certain transcripts in Urdu issued by Lashkar-e-Taiba,” said the spokesperson.

“This recovery of arms and ammunition is big set back to the terrorists trying to consolidate in the area,” he added.

The combing operations are still on.