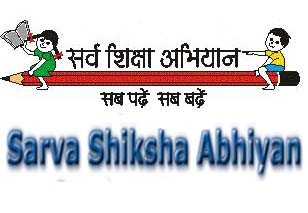 Dehradun : There is a lot of talk of improving the standard of educations in schools all over the country. There is even talk that the allotment of the state budget towards education should be improved, so that better quality of education can be imparted.

Then there is the case of the Govt Pre Middle School also at Raipur. The children of classes VI and VII are in one room and they are taught by separate teachers in the same class room. The black board is also shared by the teachers. Children of class VII sit in the school verandah and when it rains heavily they also shift to the room to avoid getting wet. How the classes work then, is anybody’s guess.

The Primary Schhol at Raipur breaks all records. Here children from class I to class V are taught in the same room. The school building has two rooms and a verandah, one room is for all classes and in the other room the anganwadi centre is operating.

However, he took the plea that the present situation had risen because of the incessant rains that had lashed the city for almost a month now.