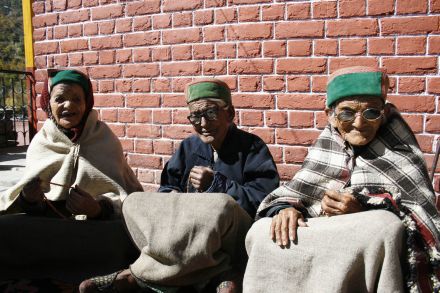 London: A genetic clue to why women outlive men has been found in a study of fruit flies by British researchers.

The research, published in the journal Current Biology, show that a set of DNA inherited from the mother can be harmful to males and speed up male aging, Xinhua reported Friday.

Researchers from Lancaster University said the results point to numerous mutations within mitochondrial DNA that affect how long males live, and speed at which they age.

Mitochondrial DNA, which is found in many species, including human, is inherited through the mother only.

So there is no evolution pressure from the male side to sieve out those mutations that are just harmful to male, researchers said after carrying experiments with fruit flies.

The unaffected females will continue to pass on those mutations to their sons.

The accumulation of those mutations could eventually lead to the difference of longevity between male and female. That theory was named “Mother’s Curse” by some researchers.

“We show that Mother’s Curse is much broader in its effects on male life history than previously envisaged, resulting in the build-up of mutations that cause males to age faster, and live shorter lives than females,” said David Clancy of Lancaster University.

He said these findings offer a new and compelling explanation to one of life’s greatest puzzles – why the female of many species, including humans, live longer than the males.

Generally women outlive men by about five to six years. By age 85 there are roughly six women to every four men and by age 100 the ration is more than two to one.