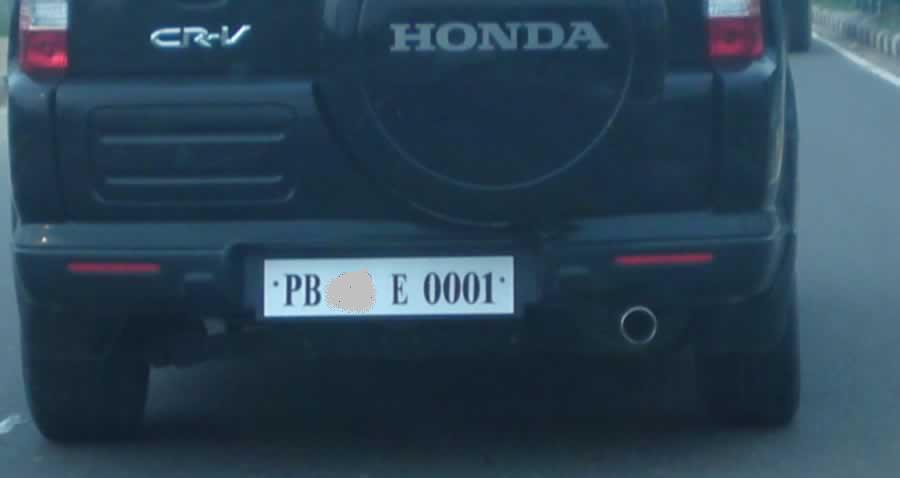 Chandigarh: Just buying an expensive luxury car is not kick enough for the super rich in Chandigarh. Many now want to go the extra mile and make the deal even more expensive.

The recent auction of a car registration number for a whopping Rs.26 lakh and more proves the point.

Chandigarh-based builder-agriculturist Amarjit Singh picked up the number ‘0001’ for his luxury Mercedes S-class in the newest series ‘CH-01-AP’ launched in this union territory.

The auction price was a shocking 104 times the reserve price of Rs.25,000 stipulated by the Registration and Licensing Authority (RLA),

“I’m happy to have got this number,” Amarjit Singh said.

There are others who have spent over Rs.10 lakh to get the ‘0001’ number in earlier car series.

The previous highest auction was in June with the number ‘CH-01-AN-0001’ being bid for Rs.17 lakh. It was taken by agriculturist-businessman Jagjit Singh Chahal for his Rs.85 lakh Toyota Land Cruiser.

Chahal and his family have a penchant for the number 0001.

“We have other vehicles in our fleet with the 0001 number. I have taken this number ever since my first Maruti car,” Chahal said.

“For the price that these people pay for the VIP number, one could buy two-three luxury sedans,” an RLA official told at Chandigarh.

“If this trend continues, we will soon have the auction for the ‘0001’ number touch the Rs.50 lakh mark. In a way the auction is good revenue for the government,” the official said.

In recent years, the auction of VIP and choice numbers in local registration series have been fetching the RLA anything from Rs.50 lakh to Rs.75 lakh per auction.

In the latest series, the RLA collected over Rs. 69 lakh.

Chandigarh gets a new series every three-four months.

Chandigarh resident Narinder Singh Shergill became the first one to break the Rs.10 lakh barrier to get the vehicle registration number of his choice – 0001. He got it in May 2010.