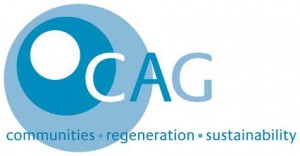 New Delhi: The Indian exchequer could have earned Rs.1.85 lakh crore ($37 billion) more if a competitive bidding process was followed in the award of coal blocks to private and government players, the official auditor has said in its report released Friday.

But the government has termed as erroneous the back-of-the-envelop calculation of the losses — which nearly amounts to the country’s budgeted income tax and customs mop up of Rs.1.95 lakh crore and Rs.1.86 lakh crore, respectively, for this fiscal.

The Comptroller and Auditor General of India (CAG), in its report tabled in parliament said the losses occurred because the process of bringing transparency in the award of coal blocks, which was to commence in June 2004, got delayed due to various reasons.

“In the meantime, 194 net coal blocks, with aggregate of 44,440 million tonnes, were allocated to different government and private parties up to March 31, 2011,” said the much-awaited report, that has embarrassed the government once again.

“The government could have tapped part of this financial benefit by expediting decision on competitive biding for allocation of coal blocks,” the report added, while observing that most allocations were made on the basis of recommendations from state governments.

“This is not just a scam, it is a case of murder and loot. We would like an answer from the prime minister,” said Bharatiya Janata Party (BJP) spokesperson Rajiv Pratap Rudy. The report, though, does not indict Prime Minister Manmohan Singh or his office.

The report will now go to parliament’s Public Accounts Committee, headed by BJP’s senior leader Murli Manohar Joshi, for a thorough study. “In this government, there are scams in the skies, on the ground, and underground,” Joshi said.

But Minister of State for Parliamentary Affairs V. Narayanasamy slammed the report and said the auditor was not following the mandate. “Evidence will be taken and ultimately result will come,” he said, alluding that the government was still to be heard.

In the report, the auditor has also recommended immediate steps to allot mines through a competitive bidding process in a bid to bring about objectivity and transparency in the process and in the larger context of power for all this year.

In a previous report tabled two years ago — on the award of scarce telecom spectrum, or airwaves, to new private players in 2008 — the official auditor had estimated the losses to the exchequer at Rs.1.76 lakh crore.

In its recommendations on how the government should in the future go about awarding captive coal mines to private and state-owned players, the auditor has suggested the setting up of an empowered group on the lines of the Foreign Investment Promotion Board.

This group, with representatives from nodal ministries of central and state governments, could act like a single-window mechanism to grant clearances for mining leases, forest clearance plan, environment management plan and land acquisition, says the auditor.

This, it said, was paramount since the need for electricity was crucial for the economic development of the country, as also in the context of the government’s earlier declared objective of power to all by 2012.