Mexico City: Mexican archaeologists have discovered a nearly 2,000-year-old sculpture of a jaguar, an official said.

The one-tonne piece – which measures 1.38 meters long by 87 centimeters high and 52 centimeters wide – “is only engraved on one of its sides with the form of a jaguar, with the front and back paws flexed as if it were lying down”, the director of the National Anthropology and History Institute, or INAH Center in the southern state of Chiapas, Emiliano Gallaga, said.

Izapa, where the sculpture was found, is located about 12 km from the border with Guatemala. It was an important civic religious center built some 2,500 years ago by a pre-Mayan culture.

The jaguar sculpture appears to be only partially completed because the other faces of the stone are blank, indicating that it was possibly in the process of being carved when work was halted on it, Gallaga said. 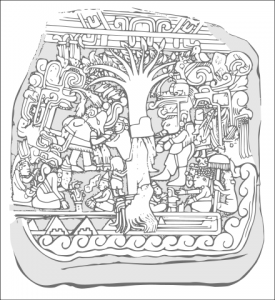 The sculptures of Izapa were made with stones because there were no metals in that period, and in some cases the Indians used jade chisels. It must be noted that Izapa Stela 5 sculpture is a large, carved stelae found in the Mesoamerican site of Izapa in Mexico along the Guatemalan border. These stelae date from roughly 300 BCE to 50 or 100 BCE,

Due to the characteristics of the monument and the associated material, it is estimated that it could be approximately 2,000 years old,” the INAH expert said.