It’s that time of the year when all that mad frenzy begins. Competition, ruthlessness, selfishness, desperation (you name it!), is in the air. It’s time for the baggy jeans, the cool t-shirts with weird and funny statements written all over them, and the whacky sneakers to disappear and for suits, coats and formals, with ties and sparkling shoes, to come out of the closet.

It’s time for the long tresses, usually all wild and down to be neatly pinned up, and the piercings (in various unusual body parts) to go well into hiding for a few weeks! It’s the time of the year that’s going to decide a student’s future and shape him into the person that he’s going to be for almost all his adult life.

It’s a time when he takes a step into the real world. 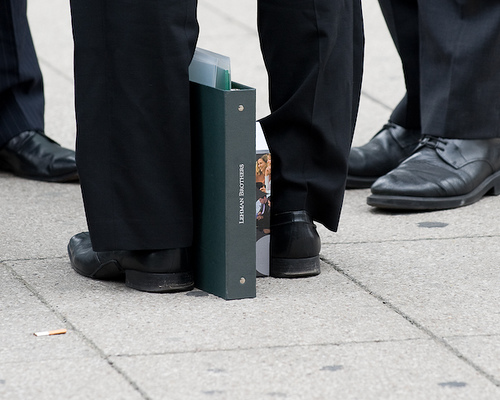 You know, I thought I wasn’t going to be so much worried, least of all, harried and dead tired when fall would arrive bringing with it the possibility of a promising career for many, but all I can see myself (and about a thousand others around me) do is run around like a mad person all day attending a workshop here, then attending a meeting there, registering for a test here then going back again and taking part in a seminar, held specially for us because we so badly need it, and again coming back to practicing test sheets, trying to spruce up a resume as skillfully as possible, brushing up on language and communication skills, and finding the time to do a little cramming up for the next day (oops! Totally forgot to squeeze in a little time for eating and sleeping!).

All around us, we’ve got professors and lecturers telling us to be selfish. I can hear them say, “Friends are fine, we understand but this is something where you have to put yourself first! If you see your friend getting the job and you you end up unemployed, it’ll be a new low in your life, so be mean if you have to!”, “Don’t give our practice sheets to students from that other college, you want that job, na?”, “We’re going to polish you up in such a way that no company will ever refuse you a job” and many, many more similar lovely things to us all day long!

I can’t help but think, because of everything going on around me, when did these campus drives for job recruitment, like everything else these days, become a business too? I can understand students being nervous, and even scared and desperate, at the thought of facing executives from big companies, or even the smaller ones, with their entire futures at stake, but colleges, institutes and yes, coaching centers everywhere have begun exploiting this very desperation.

There are a number of coaching institutes which along with providing coaching for exams like GATE, GRE, CAT, etc., have started a new program called CRT (Campus Recruitment Training) program

Just Google it and see the number of results you get!

Colleges intent on making their brochures and pamphlets look really good and inviting for next year’s counseling sessions for new students, hire these so called trained CRT professionals by paying obscene amounts of money, to leave no stone unturned in converting their students into perfect candidates for these companies. 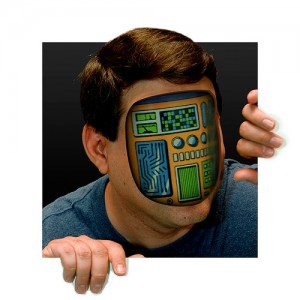 Along with grueling training sessions, even the exact replies to the expected questions from an interviewer are taught, and the students are advised not to utter a word more. For aptitude and logical reasoning, little tricks are firmly implanted in their brains leaving the logic and reasoning part to their imagination, if they are left with any!

Colleges see no reason but to wipe out another college’s name, and a student so desperately wanting to stand on his on feet and be part of the real world, if there is such a thing left, gets caught in the mad whirlpool.

So, do all these crazy tactics, these workshops and seminars and tuitions, actually yield good results?

I have to say, sometimes they do but mostly they fail miserably. The times they see success, it’s because the companies, saving a few, that hire these students, are just as pretentious as these institutes, or it maybe because the college just got plain lucky.

These colleges and institutes are not to blame fully; half of this blame should be extended to our Government with its really bizarre education system, and rusty old laws and rules.

One example of it being, something I unfortunately experienced recently and happen to really disagree with, something which was started this year in my college by NASSCOM (National Association of Software and Services Company) – NAC-Tech. In their own words, “NAC-Tech has been conceived as an industry standard assessment and certification program to ensure the transformation of a “trainable” workforce into an “employable” workforce…”, and this assessment of ’employability’ of students will be specifically mandatory and strictly implemented in Tier 2 and Tier 3 cities, meaning cities they think are not good enough, all the small ones with not enough stuff like metros and huge skyscrapers and IITs, to name a few.

It feels like total discrimination to me. Why are students from small and developing cities just assumed dumb and not good enough? Why does NASSCOM feel that it is students of these cities that need tips and feedback to improve their ’employability’? Last time, I checked, which happened to be just yesterday, it was these small cities that came out to be the big winners in the end.

All NAC-Tech managed to do this year, in my college was to push the professors, students and the coaching centers a little more into insane schedules to pass ’employability’ tests before even beginning the recruitment process.

There’s so much pressure on students, these days, with they’re families’ hopes along with their own, pinned on them. It’s leading to depression, loneliness, insanity, insomnia, social alienation and in the truly worse cases, alcohol and drug abuse, and suicides. True they’re seniors in their colleges, but they’re still kids trying to grow up, with big dreams of making something out of themselves. Instead of trying to convert them into robots, shouldn’t we try to hone each of their talents and brilliance? 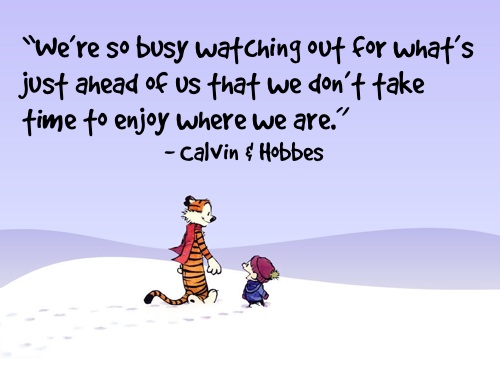 Each one of them is special, each of them has an element that separates him from the other, and makes him extraordinary. They could be such better human beings if we accepted them for who they are instead of trying to twist and turn them to fall in with our plans, and to fit in with our needs. I really hope at least some laws change around here.

“We are students of words: we are shut up in schools, and colleges, and recitation-rooms, for ten or fifteen years, and come out at last with a bag of wind, a memory of words, and do not know a thing.” ~Ralph Waldo Emerson

Writer is a final year engineering student at BIT Durg.