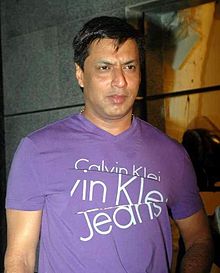 New Delhi: Madhur Bhandarkar is popular for making women-oriented films like “Chandni Bar”, “Page 3” and “Fashion” and the filmmaker clarifies that this doesn’t mean he is gender-biased and says his only aim is to make good movies.

“For me, it is very necessary to make a good film, which garners success and critical acclaim. National Awards definitely come later,” said Bhandarkar.

“I am never gender-biased. I would agree that the ratio of female actresses is more in my films and that’s why people think I make only women-oriented films but that’s not the case. All of it depends upon what I like at that time,” he added.

Bhandarkar’s films have not only helped him carve a niche for himself, they also became turning point in female actresses’ career — be it Tabu in “Chandni Bar” or Priyanka Chopra in “Fashion”, both the actresses won National Award for their performances in their respective films.

Now the filmmaker ready to share another story in the form of “Heroine”, which has Kareena Kapoor in the lead.