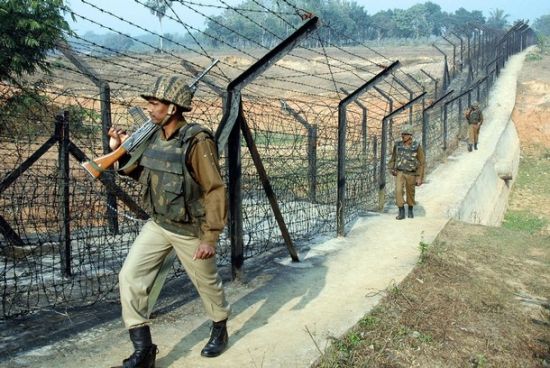 With Friday’s arrest, the number of arrested illegal immigrants in Manipur has gone up to 49.

“This morning we conducted a crackdown in several areas of Imphal and rounded up 462 people, of whom 57 were taken into police custody for questioning,” a police official said.

Cautioning locals not to shelter foreign nationals, the home minister said the government will take action against those who shelter illegal immigrants.

He said that all police stations, especially at the three entry points – Mao Gate (Manipur-Nagaland border), Jiribam (Manipur-Assam) and Moreh (India-Myanmar) – have been put on alert to detect illegal immigrants.

Manipur shares its border with Nagaland to the north, Mizoram to the south and Assam to the west and Myanmar o the east.

Following pressure from civil society groups, the Manipur assembly July 13 adopted a resolution urging the central government to extend the Bengal Eastern Frontier Regulation, 1873, to the state to check the influx of suspected Bangladeshi and Myanmarese nationals.