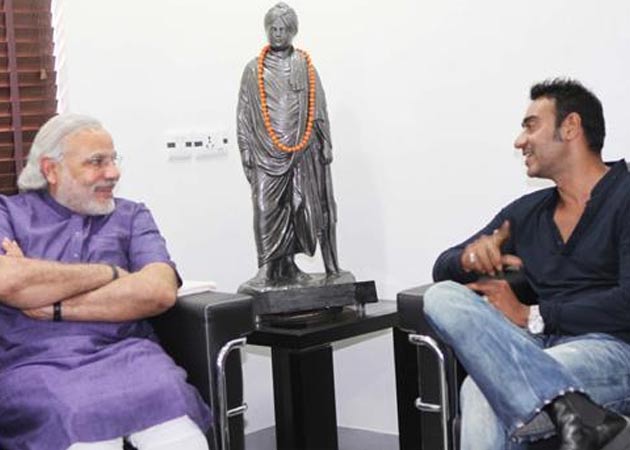 Modi hosted an interactive session on Google+ Hangout Friday evening with Bollywood star Ajay Devgn as host. The subject of the session was “Strong and Glorious India Long Cherished by Swami Vivekananda”.

US President Barack Obama and Australian Prime Minister Julia Gillard are among those to have held Google+ Hangout sessions in the past, said a statement from the chief minister’s office.

“Many people have penned questions on Gujarat’s development while many have sought to know Mr. Modi’s vision for specific sectors. The colossal failures of the UPA also take up a large chunk of questions. The record number of questions reaffirms the popularity of Narendra Modi at the grass root level and indicates the willingness of the people to interact with him.

“He remains among the most tech-savvy politicians who have used social media as a key way to engage with well-wishers. Gujarat Chief Minister has been very active on Twitter and Facebook. He is also a regular blogger, who writes on various issues,” the statement said.

“In this day and age where IT and Communications has come to play a dominant role, there is a lot to learn from Modi on how to use it as a means to make a difference!

“The interactive session will be aired LIVE on Modi’s website.