New Delhi:  The dark silhouettes of fishing boats anchored on the edge of the water in a misty haze of brown, ochre, black and inky blue draw the viewer to their shadowy depths. Artist Paresh Maity’s early landscapes of riverine Bengal in watercolour have a haunting air about them. 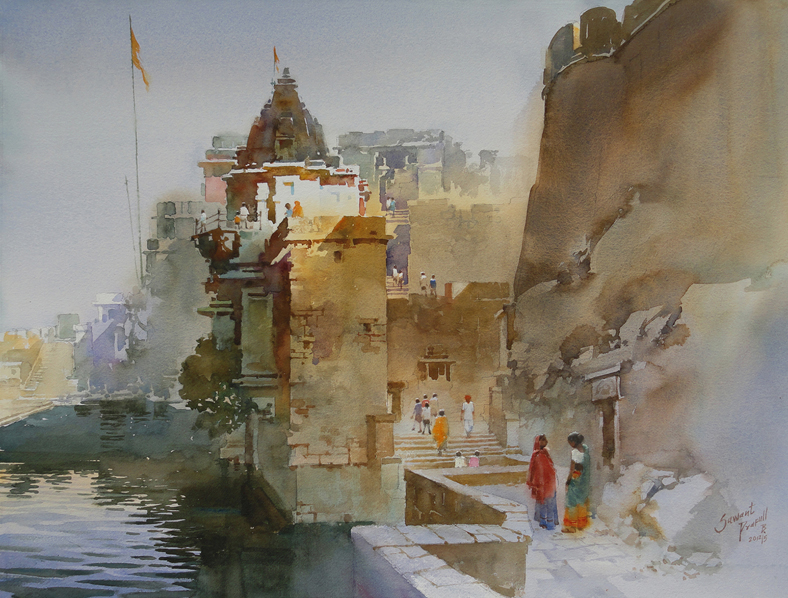 But watercolour as a medium of art is battling to live in the age of new media – the easy-to-convey digital and video art. The tribe of watercolourists like Maity have shrunk post-Independence as they have switched mediums.

Artists from the Bengal, Odisha, Andhra Pradesh and Rajasthan schools are struggling to carry the medium forward, together with a handful of loyalists from the rest of the country.

“New artists, who are making experimental works, do not use watercolour. A handful of artists in Shantiniketan use it as a medium, but generally it is not a preferred medium for a lot of artists across India,” said art writer, critic, curator and collector Ina Puri.

Puri, who attended last month’s Basel Art Fair, said the bulk of contemporary art at the fair, including from India, was “fantastic video and new media art”. Watercolour was not represented at the art gala, she added.

The medium, as a tool of realistic representation, recently generated interest at an unusual exhibition, “Verve”, a commentary on life and landscapes in water colour in the national capital. 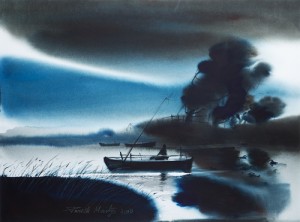 Featuring 18 emerging watercolour revivalists, the showcase was a depiction of new India – where the modern lives in harmony with the arcane. But the artists drew their techniques from the early 20th century watercolour traditions of wash, impressionism and stylized characterisation of figures and nature in thin transparent shades.

“Watercolour is a powerful medium of rich expression whose transparency and glow are inspiring. But you cannot play around with the paints unlike in oil and acrylic mediums. The genre requires command over the medium of immediate expression that you transfer in water colour,” said Vasudeo Kamath, Mumbai-based oil- and watercolourist and an alumnus of the J.J. School of Art.

He also pointed to a regional affinity to watercolour in recent years.

“In Delhi and the rest of northern India, young artists do not make an effort to master watercolour. It requires a lot of hard work,” Kamath observed.

One of the most controversial watercolourist of the 1970s was Bhupen Kakhar, whose iconography in water colour portrayed life from his perspective of alternative gay sexuality, Ina Puri said.

Pune-based artist Praful Sawant prefers water colour to other mediums for his “in the spot fixed paintings”.

“Water is a complicated medium in today’s instant age. The artist has to plan in advance the contrast of light and shadow. Only those painters who have a clear concept of drawing can adapt,” Sawant said.

The artist, who has won six international awards for his watercolours from the US, regrets the poor promotion of the genre in India.

“It is very popular in Europe and America. In the United States, nearly 250 arts societies promote watercolour as a genre with exhibitions and annual awards,” Sawant said.

Artist Prabal Mallick has given up all other mediums to paint in watercolour for the last four years and “will do so for the rest of my career as an artist”.

“It is easy to copy a master’s work in oil but it is difficult to copy compositions in watercolour. It is spiritual and has a mind of its own because it moves around the surface freely,” said Mallick, a landscape artist.

Artist Ravi Gossain, who has seen his father M.M. Gossain and his peers from Lahore paint in watercolours, says the colonial medium was “necessitated by the scarcity of paints in the early 20th century – especially in states like Bengal”.

But the arrival of new mediums and practices has pushed artists to explore new artistic territories, Gossain said.