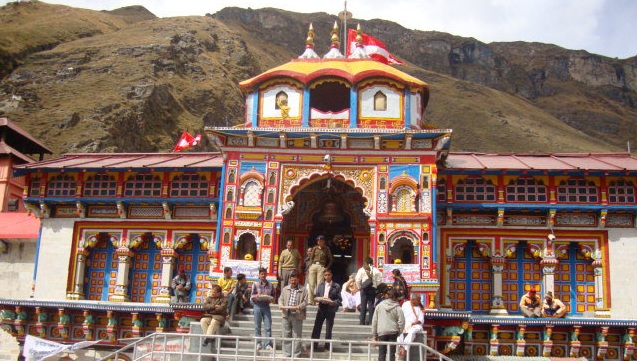 Dehradun : Pilgrimage to the chaar dhams – Badrinath, Kedarnath, Yamnotri and Gangotri – is the backbone of the tourism industry of Uttarakhand. But sadly it also remains one of the most neglected areas, as successive governments of this small mountain state have not given it the much needed thought and look into.

It is not only that the facilities and infrastructure on the chaar dham yatra are crying for a face lift, but every year hundreds of pilgrims and tourists are stranded because of landslides and landslips.

The landslip and landslide prone areas are not being reinforced to stop their regular erosion and disruption of the pilgrim route.

Now the Society of pollution and Environmental Conservation Scientists (SPECS) reveals that it is not only the rolling boulders along the hill faces and mountain sides and rarefied atmosphere at the heights that are health hazards, but even the food and edibles available on the routes could be life taking.

Dr Brij Mohan Sharma , secretary, SPECS, was of the view that while one may be taking the trip to the four important shrines of North India for the health, well being and prosperity of themselves and their family members, they may well be putting their own life in danger by eating the adulterated food and edibles available.

He said that tests had revealed that 75 per cent of the samples collected from 46 places on the chaar dham yatra route by the Dehradun-based NGO were adulterated. “Our volunteers had collected 919 food samples during May and June when the pilgrimage to the shrines is peaking, of which as many as 706 were found to be adulterated”, he told scribes.

Sharma said that it was found that there was no iodine in the salt being used, while toxic chemicals that could cause various ailments had been used to adulterate various things, including items used for worship.

Dry fruit, ghee and other items used in worship and offered at the sanctum sanctorum of these temples bought from the shops in the region are also of very poor quality, he claimed.

Pointing out that the survey had brought to the forefront the dismal concern of the state government towards its tourism industry, he said that food and boarding, which are the hallmarks of the industry, everywhere and anywhere had been given a backseat by the government, which was why tourists were shying away from the small mountain state.