Dehradun : Twelve years may be a very small period in the life of a state, but apparently enough to bring some breathing space to its people who feel suffocated in the existing conditions.

The situation becomes all the more grim taking into consideration the fact, that it was these very people who took to the streets for the creation of Uttarakhand in the hope of a better tomorrow.

But tragically they today realize that their tomorrow is worse than was their today. 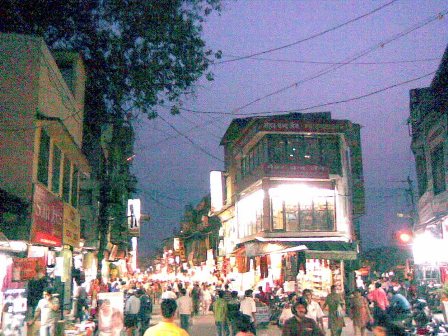 Take the case of the state capital Dehradun, where hundreds of crores of rupees have been invested to improve the living conditions of the people.

But it is quite apparent that the money has gone either down the gutter or into the coffers of the corrupt administrative and bureaucratic machinery than into the infrastructure.

Even the crossings that had to be widened to ensure free flow of traffic have yet to be completed resulting in traffic snarls. One department conveniently blames the other for non-completion of the job.

And then there is the glaring example of widening of a stretch of Chakrata Road from the Clock Tower till the Prabhat cinema so that the bottleneck that was a commuter’s nightmare could be removed.

A dream project of the previous BJP government, shops on both sides of the road were demolished to make way for the widening and it appeared that the project would eventually see the light of day.

But then a snarl came up. One of the buildings on the road, a Plaza, was not demolished in line with the others. As a result the drain that had to be built along the side of the road had to be stopped mid way.

All efforts by the authorities to make the owner of the Plaza concede to breaking the portion of his building so that the drain can be completed has fallen on deaf ears. Reports are that a senior man in khakhi is using his clout to save the Plaza.

For the residents of this state which is still in its infancy, such bureaucratic and administrative interferences are common.

In fact the bureaucracy and the administrative set up in the state is so strong that even the politicians find it hard to get the better of them.

Rather the politicians are also at the receiving end because most of them neither have the experience to govern nor the ability to take on the bureaucratic and administrative machinery.

As a result the state is stagnant as there is neither any political vision or bureaucratic will to improve the lot of the residents, who suffered bullets and lathis for the creation of the state.

Even the Uttarakhand Kranti Dal, which spearheaded the agitation for the creation of the state, has been decimated as most of its founder leaders have been sidelined by a new set of leaders who have other ambitions than to make Uttarakhand live up to the expectations of the masses.

What else can be said of a state which in 12 years of its existence is already under a debt burden of over Rs 2400 crores while its people continue to look forward for even basic amenities as potable water, electricity, schools, health facilities and road connectivity.

If the existing condition of Dehradun, the state capital is any indication, one can but imagine the condition in the far flung interiors of the state and only hope for the best for its masses.