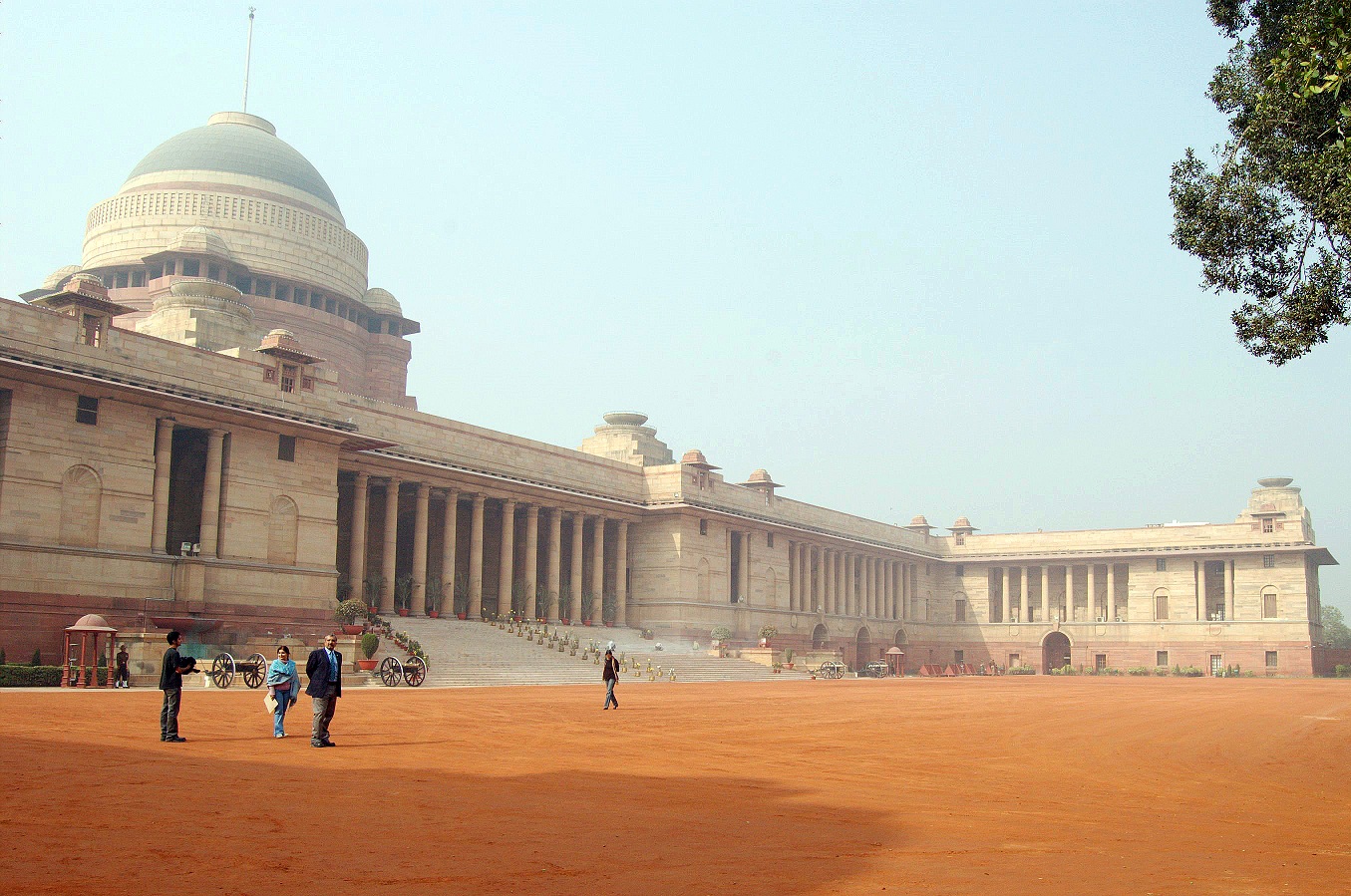 New Delhi: The magnificent 340-room Rashtrapati Bhavan, that once housed the British viceroy and now the Indian president, is a symbol of continuity from the colonial past and also of change in an evolving nation.

On Wednesday, it will open its grand portals to its latest occupant – India’s 13th president, Pranab Mukherjee, who was born in a West Bengal village and studied in a school with thatched roofs with no doors and windows.

The red sandstone presidential palace sits atop Raisina Hill in the national capital, overlooking a grand boulevard that stretches three kilometres to the India Gate martyrs’ memorial. It is one of the most imposing avenues anywhere in the world and attracts tourists from all over.

Christened an “empire in stone” by its illustrious builder Edwin L. Lutyens, the sprawling complex, spread across 200,000 square metres, was built with 700 million bricks and three million cubic feet of stone. It was completed largely in 1929 and along with the rest of Lutyen’s New Delhi was officially inaugurated in 1931. 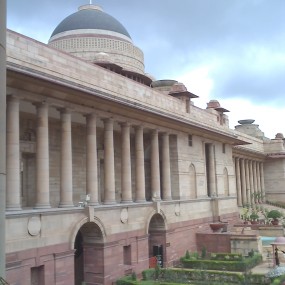 The most prominent aspect of Rashtrapati Bhavan is its dome which is superimposed on its structure.

Lutyens in his memoirs writes that the “building was earmarked for 400,000 pounds”. However, the long span of 17 years required to build the complex more than doubled its cost to 877,136 pounds (then Rs.12.8 million).

The Rashtrapati Bhavan is a symbol of ceremonial India too.

The vast forecourt is where heads of state and government are greeted on their arrival on state visits by mounted horsemen and a guard of honour by the armed forces.

Its Durbar Hall is also where ambassadors present their credentials before assuming office. And it’s where India honours her military heroes and confers civil honours.

The imposing palace has seen a remarkable transformation from being just a presidential mansion to a complex that has broken new ground on ecological sustenance.

“The gated community of Rashtrapati Bhavan has earned the ISO 14,000 certification for the environmental management system,” the spokesperson said.

Rashtrapati Bhavan would seem to be a paradox. It is a relic of an imperial era and yet symbolises the power of sovereign India – a change of order from the British to an Indian head of state, when the first Indian governor-general Chakravarti Rajagopalachari took over from Lord Louis Mountbatten.

This, then, is the abode that awaits Pranab Mukherjee as he steps into a new era after a distinguished four decades in politics.