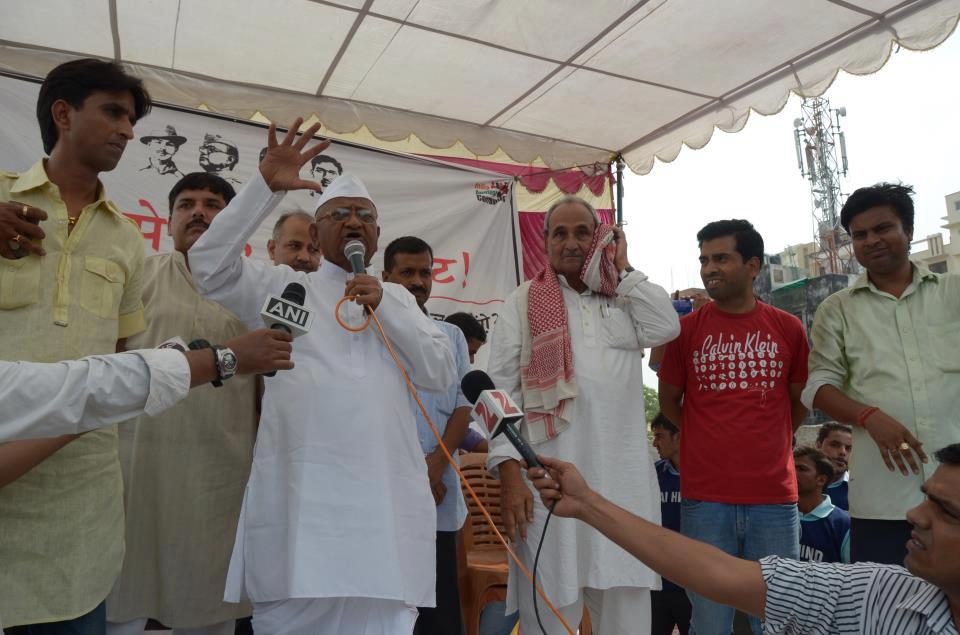 New Delhi: Reversing his earlier decision, Anna Hazare said he will join his team members on an indefinite fast if the government does not agree to bring Jan Lokpal Bill in parliament within four days of their fast due to begin Wednesday.

“They (Team Anna members) suggested I don’t fast. I will give four days to the government to agree to our demand and if they don’t, I will sit on an indefinite fast from July 29,” Hazare told reporters here.

“Even if I die, I will die for my country,” said the social activist, who arrived here to join his team members beginning their indefinite fast.

Hazare said that their agitation was against the rampant corruption in the government.

“The government has deceived again and again and maligned us by making a forged CD against us,” he added.

Earlier, Hazare had decided not to go on fast due to his health problems.

The team will sit on an indefinite fast at Delhi’s Jantar Mantar Wednesday, the day when new president Pranab Mukherjee will be sworn-in. Arvind Kejriwal will be leading the agitation this time, Team Anna said.