I could not control my emotions when I heard of Rajesh Khanna’s sad and untimely demise today (Wednesday) afternoon. I remember way back in the early 1960s, my writing career and Rajesh’s acting career took off almost simultaneously and he excelled in his chosen field.

In that era, when the film industry was small but highly competitive with stalwarts like Dilip Kumar, Raj Kapoor, Dev Anand, Shammi Kapoor, Rajendra Kumar, for a new actor making a mark in itself was a commendable achievement

Unlike the days when stars appeared to be ‘loud’, Rajesh was soft and quiet, in his style, acting, personality and also public image. 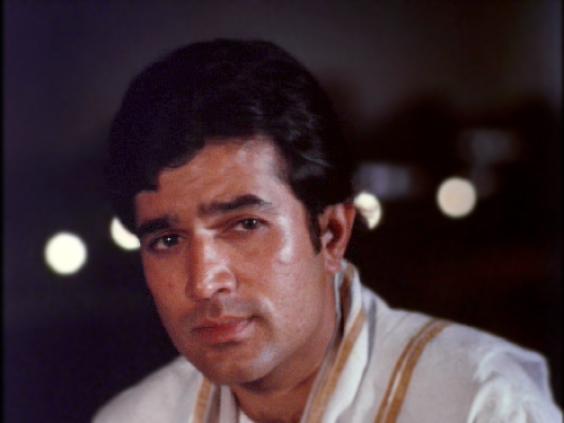 Within a short period of a few years, he catapulted to superstardom and achieved heights like nobody before him.

We were neighbours in Bandra – barely at five minutes walking distance – good friends and used to meet and interact regularly. Although, in recent years it was rare due to his health conditions.

I witnessed his peak period from 1969-1975 from close quarters. The dizzying heights that he reached remain a landmark which other actors and stars can covet, though we have many big stars even today.

We saw that his position remained untouched, nobody could come anywhere near him, he was loved and adored by all from six to 60, especially women who considered him their ultimate Dreamboy with his cherubic smile, a romantic charisma and a good boy image…

While the period Rajesh reigned at the top was quite short – barely six years – he truly deserved the ‘superstar’ status that the industry bestowed on him.

I was involved in the writing of his career’s greatest superhit “Haathi Mere Saathi” and later “Andaaz”, in which he had a guest appearance.

During the shooting of “Haathi Mere Saathi”, when we used to travel to Chennai and other places in south India, we were surprised to see massive crowds waiting for Rajesh wherever he went.

Generally, nobody knew or recognised Hindi film stars in south India, which has its own dedicated and huge film industry, so this was considered remarkable.

Though many considered him a romantic hero, he was accepted in all the roles he essayed – romance, action, emotions, drama, comedy.

As a person, Rajesh was basically an introvert, unable to express himself much and remained shy, traits that may be considered unthinkable for a superstar with a huge fan following.

However, he was always a good host, whether on the sets or his home – daily, dozens of people were invited daily for eating, drinking and merry-making.

Rajesh was a very generous person, too. He was known to make expensive gifts to people he liked – like, once, he gifted a car to somebody, to another an expensive watch, and so on…

I feel saddened that he left us when he was just 69, (he would have turned 70 this December). But he had been ailing for a long time and suffering. After a high-profile acting career, he has got the rest he must have wanted…