Shimla: Under gaze of the education regulators constant scrutiny over the quality of education being imparted, faculty provided and the infrastructure put up, managements of 16 private universities set up in the state have come together to form an association to address concerns jointly.

“Our managements have joined hands to form Himachal Private Universities Management Association (HPUMA) to channelize the efforts of private universities in consonance with state policy and create an environment for imparting quality education, said Gurvinder Singh Bahara, secretary of the association.

While Lovi Raj Gupta has been elected as president of HPUMA and Madhu Chitkara is vice-president.
The association also called upon Chief Minister Prem Kumar Dhumal on Friday and sought for engaging HP Private Education Institutions Regulatory Commission in a role of participative excellence in an environment of trust rather than a fault detector. 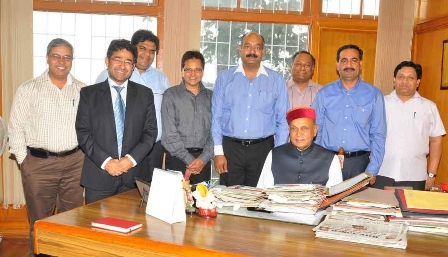 The association emphasized that UGC norms are all inclusive in the matter of quality higher education and universities should be allowed to operate within the UGC framework, as mandated by Parliament.

The admission time frame for various courses in private universities should be at par with state funded universities such as Himachal Pradesh University and HP Technical Universities, the association pointed out.