New Delhi: Sohana Badshah is a carefree rich “Bombay girl”, who moves to London to study interior designing. She falls in love with Jagdish Sachdev, a man of refined intellect. The dream match falls apart, with Jagdish blaming bad blood between the families. 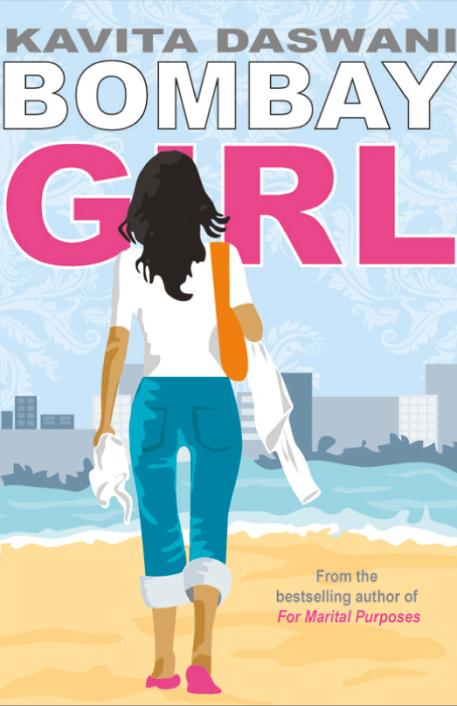 Sohana returns home to discover Mumbai is full of her kind – girls with dyed brown tresses, plucked eyebrows, personalities scrubbed of distinct identities and fortunes to fall back on. She is unsure of her position in the family sweepstakes which pit her against her brother in an inheritance war.

Welcome to “Bombay Girl” (Harper-Collins India) by Los Angeles-based journalist-turned novelist Kavita Daswani’s new trilogy about a tale of new India that straddles several continents. It’s one of the new crossover novels that are making globalised lifestyle statements with live-in relationships and heartaches.

Daswani, a former fashion editor of the South China Morning Post in Hong Kong, may not be household name on Indian bookshelves but she has made the smart Indian heroine a bestseller in the West and Southeast Asia with her previous books, “For Matrimonial Purposes”, “Salaam, Paris”, “The Village Bride of Beverly Hills (Everything Happens For a Reason), “Indie Girl” and “Lovetorn”.

Daswani writes about the communities in the Indian diaspora and how they fit into the traditional institutions of marriage, families and the opportunities for women. She captures the clash of cultures between East and West – and the change.

Why Mumbai? Daswani says she set her story in Mumbai “because it is the only city in India I am most familiar with, connected with”.

“My acquaintance with the city began as a child during a family wedding. I used to visit the city as a child,” said the writer, who grew up in Hong Kong. Daswani began her career as a journalist at 17.

“In fact, before the book happened, I had not been to Mumbai for 11 years. The city had changed so much. I needed to get a sense of the city. This was the new Mumbai and I felt that I had to get a lot of time,” Daswani said.

She spoke “to people and read a lot of magazines”.

The women have changed in Mumbai, Daswani said. “Mumbai girls were much more sheltered and conservative in the past. That part has gone. There is new wealth in Mumbai, girls are well-travelled and have more exposure,” Daswani said.

After her wedding at the “Ananda” spa in the Himalayas – the first in the exclusive resort – Daswani did not return to India till 2010.

“I spent many days in Mumbai to research the book. I saw a lot of things that were not around in my childhood… the shopping malls. My first thought was I could be in LA right now…the quality of things, the bars, new restaurants and the sophistication. These were not mentioned anywhere in the book but made the backdrop,” she said.

For the little details, Daswani sent her draft to a friend who was an “editor at the Vogue in India – trendy, wealthy and well-travelled”. Daswani’s friend picked on a few things that made a big difference, like her heroine drinking milk and Old Man cookies. My friend told me that girls in Mumbai were drinking espresso and eating biscotti. Fifteen years ago, no one knew about biscotti,” Daswani said.

Daswani explores the idea of marriage, migration and freedom – in all six of her books featuring Indian women with diverging outlooks to life.

The defiant Anju in “For Matrimonial Purposes” escapes India for the US after she fails to marry, to find a career and to drop the “failure” tag. In “Salaam, Paris”, ambitious Tanaya Shah lands in her fantasy city to marry a man chosen for her but rejects him in the last for a life in high fashion and glamour. Priya in “The Village Bride of Beverly Hills” balances her life as a dutiful daughter-in-law and a secret ambition.