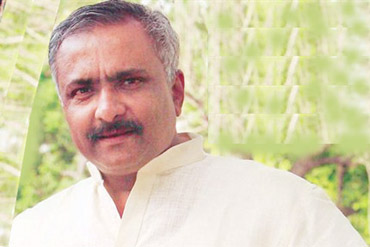 The state unit of the party said it would not take cognizance of such acts.
The posters bearing Joshi’s picture along with Bharatiya Janata Party’s election symbol lotus appeared at a number of places in the town. However, party’s state unit was not aware about the incident.

“If posters have been pasted on the public places, the party would not take cognizance on this. There were reports of similar posters surfacing in other towns (in the state) like Solan. The party would not stop people behind such acts,” state BJP chief Satpal Satti said.

The posters, which had earlier surfaced in several states, targeted Modi, who was apparently instrumental in Joshi’s departure from the party’s national executive.

“You don’t become a big leader by making others to quit,” says a message on the poster in Hindi.