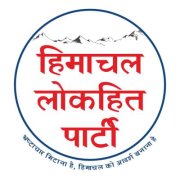 Shimla: Offended by Shyam Jaju’s, BJP incharge for Himachal, remark that breakaway Himachal Lokhit Party (HLP) consisted of a bunch of selfish leaders, the newly floated HLP has hit back by saying that increasing corruption levels, promoting family politics and a weak BJP high command had forced them to leave the party.

Party general secretaries, Shyama Sharma and Naveen Dhiman in a communiqué have retorted that HLP leaders led by former state BJP president Maheshwar Singh chose not to compromise on principles and quit BJP.

Was Jaju not the person incharge of the central office then and why was an FIR in the cash missing case never lodged, said Thakur?

Defending HLP decision to join hands with CPI (M) and CPI for launching a third front Himachal Lokhit Morcha (HLM) in the state, the spokesman said that these party’s like HLP were genuinely concerned about issues confronting the common man, workers and were vocal in raising burning corruption issues in the state.