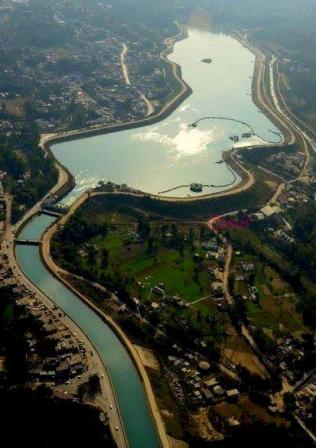 Shimla: Project affected people of the 35 year old Beas Satluj Link (BSL) project have served notice on the state about launching an agitation for securing their lands that were returned by the project authorities after being declared surplus.

Speaking about re-settlement program for the project affected people not having been carried out, Guman Singh of Himalaya Abhiyan Nithi (HAN), an NGO said, “to our surprise, information obtained under RTI has revealed that Bhakra Beas Management Board which operates the BSL project returned 486 bighas of surplus land that was acquired between 1961 and 1977 when the project was being executed.”

Whereas about 3500 square meters of the surplus land declared was returned to five families at Ropa village in Sundernagar area, the remaining land has been leased out to Tibetan refugees, the army, a Navodaya school, police and other department, he said.

“It is a clear violation of the terms under which the land was acquired in the first place,” says Kulbushan Upmanyu, another member of the organization adding that HAN intended to protest the issue and even contest it before the courts.

“To register our protest a big rally would be organized at Pandoh on the August 7,”said Guman Singh.

Demanding return of the surplus land to the farmers, some of whom over the years have become marginal farmers or even landless, the NGO claimed that BBMB and state authorities had not provided the relief and rehabilitation packages that were agreed to when the project was proposed.

The state government even after four decades is saddled with many resettlement cases of people affected by these large projects.