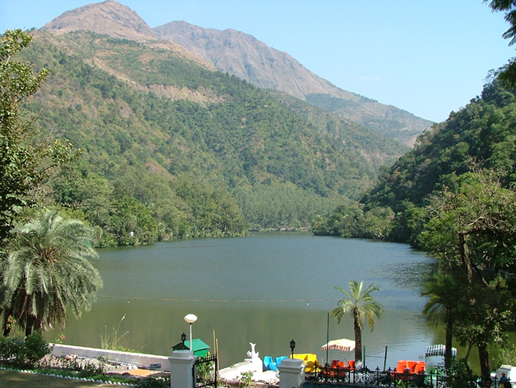 Shimla,: With the National Green Tribunal (NGT) giving its clearance for awarding compensations, Himachal Pradesh will speed up the construction of a multi-billion-rupee dam project that is supposed to quench the thirst of Delhiites, an official said Wednesday.

The NGT principal bench, a judicial body hearing environment-related cases, Tuesday vacated its interim stay on awarding compensations for acquisition of private lands for the Rs.3,600 crore Renuka hydro-power project, to be constructed on a tributary of the Yamuna river in Sirmaur district, some 250 km from the national capital.

However, the stay would continue for land covered under the Forest Conservation Act. The tribunal has listed the matter for final hearing Aug 14.

The bench headed by Justice C.V. Ramalu said: “Since land acquisition was finalised in respect of some land owners and compensation was paid, we think it is desirable that other similarly-placed persons also should get compensation.”

“The counsel for the appellant, however, states that land in question was probably covered under the Forest (Conservation) Act, 1980. Under these circumstances, we direct the land acquisition officer to consider payment of compensation after finalising of award in respect of lands of the true owners, who are the owners of the said land, wherever it does not attract the provisions of Forest (Conservation) Act,” the bench comprising D.K. Agrawal, an expert, said.

The tribunal in July last year directed the HPPCL to stop the land acquisition process. It had also restrained the public sector undertaking from carrying out construction activity on both non-forest and forest land.

Petitioner Durga Ram has challenged the environmental clearances awarded to the project by the ministry of environment and forests in October 2009.

He argued that the environment impact assessment (EIA) report for the project was inadequate and there were several discrepancies in the figures of the total area to be acquired for the project and the total number of families to be affected.

Kaushal said out of 1,059 hectares of private land, 134 hectares fall under the purview of the Forest Conservation Act. “This forest land would not be acquired till final hearing of the tribunal.”

However, on the diversion of 775 hectares of forest land, other than 1,059 hectares of private land, for the construction of the dam, the project authorities are yet to get clearance from the ministry of environment and forests.

The ministry had Aug 31, 2010, objected to diversion of high density forest land and asked the HPPCL to resubmit its proposal with minimum forest land diversion.

The Renuka dam project, on completion, is meant to supply 275 million gallons per day to Delhi and also generate 40 MW of electricity for Himachal Pradesh.