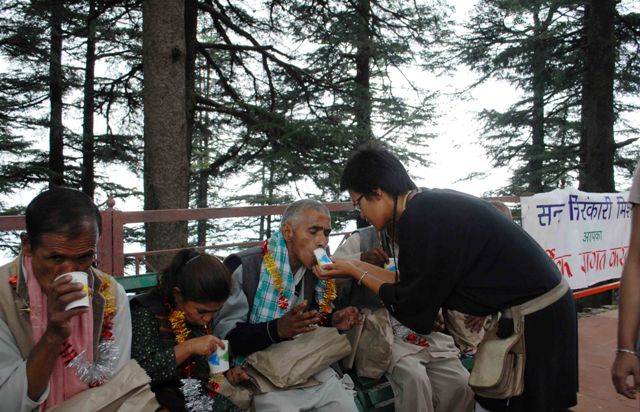 Shimla: Sant Nirankari Mission in collaboration with Baljara Trust and Help Age, NGO’s today organized a picnic for 16 residents of Basantpur Old Age Home that is about 45 Kms from here.

The senior residents living at the government run old age home were picked up from Basantpur and transported to Jakhoo temple the highest point in Shimla city.

With some of them unable to walk the last mile to the hill top temple, volunteers had stretchers ready and they were carried all the way up to the temple gate. 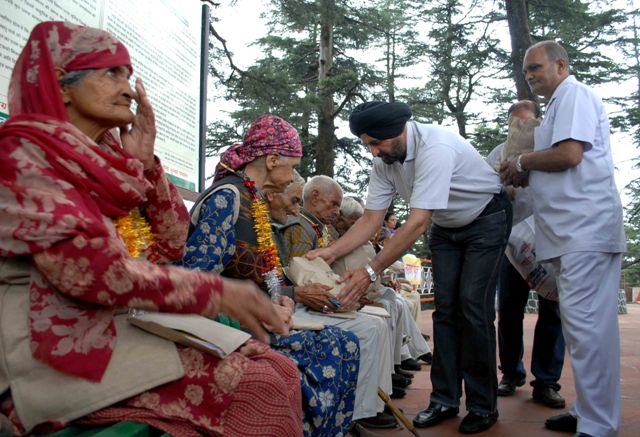 Having paid obeisance at the temple dedicated to Hanuman, provided a hearty meal, all the 16 members were taken for a visit to Kali Bari temple in the afternoon before being dropped back at Basantpur.

There are not many old age homes in the state and construction for one, a foundation stone for which was laid by union minister Anand Sharma more than two years ago, is yet to start.

The minister on the occasion had announced Rs 2 crore for the old age home but a controversy about providing land for it has stalled the project from taking off.