Srinagar: Buddhist spiritual leader the Dalai Lama, who is on a six-day visit to Jammu and Kashmir, Tuesday visited religious places of different faiths in Srinagar and prayed for peace in the state as well as the world. 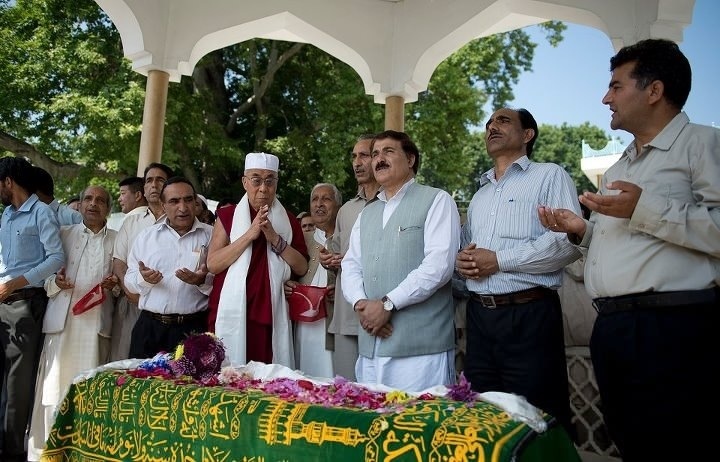 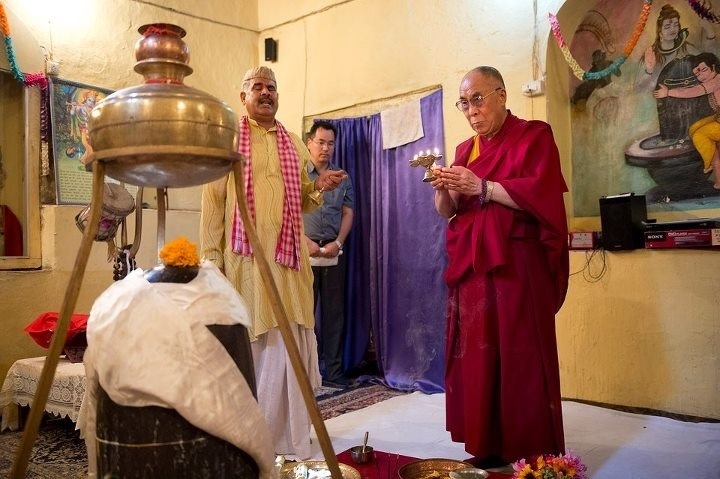 The 500-year-old Gupt Ganga Shiv Temple is believed to be the place where Lord Shiva stayed overnight while going to the Amarnath Cave in Kashmir Himalayas.

The Dalai Lama also visited the tomb of Sheikh Muhammad Abdullah, the founder of the ruling National Conference party.

At the mausoleum, the Dalai Lama recalled his association with Sheikh Abdullah.

“Late Sheikh Muhammad Abdullah was a close friend of mine. I met the late leader several times, he always showed genuine concern to my cause.” 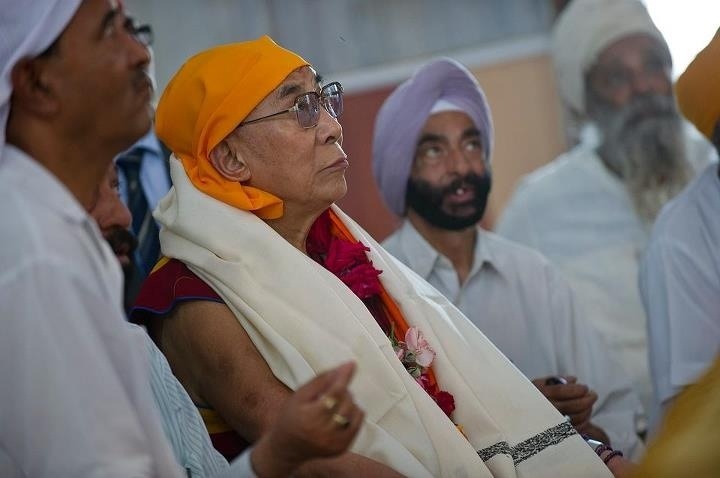 Interacting with people during his day-long visit, the Dalai Lama said Kashmir is famous for hospitality.

“I will always remember the warm welcome and excellent hospitality of the people of Kashmir which they extended to me during the visit,” he said.