Not all are lucky to get a dole like 100 days of under-work under MNREGA. But governments, from the Lefty Liberals to the Post Communism commies to the neo-Fascist Right or the Free Market tricksters; present and future, all are beginning to realise that the Vellae are committed voters. That is, not to any party but to the act of voting. For a small price, the vellae have maintained the vibrancy of democracy; available at short notice for any demonstration, to swell crowds at ministers’ public meetings, give respectability to black flag protests against visiting Heads of State or even to trigger a riot (if the compensation is adequate). Progressive governments are busy devising ‘Unemployment’ doles, little realising that most people in their employ are vella anyway. 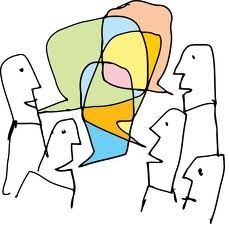 The Vellae come in all sorts of disguises. The common, hypocritical types would spend a good part of the morning ‘doing’ themselves up in front of a mirror and come across as well dressed men about town and now-a-days are constantly on the cell phone with other vellae. The candid vellae either do not turn up for work or report when it’s almost time to go home; they have discovered valid excuses to camouflage their vella-panti. The compulsive vellae get themselves invited to every seminar, conference or workshop in town especially the ones that come with a free lunch at which hour they are most active. The available vellae actually end up doing quite a few chores and errands for valuable pocket money and can be picked up at most tea shops, railway stations and such public places, hanging around or reading newspapers sometimes.

And then there is the Velli housewife. Usually blessed with a servant or two, her life revolves around kitty parties, rummy sessions and of course shopping. And wives being velli also implies a goodly daily nagging dose for hapless, hard pressed husbands. You have the vellae youth (not necessarily unemployed), ever looking for kicks to beat boredom and purposelessness.

Sometimes during my service years, when I was genuinely vella, I phoned colleagues and asked what they were upto. “Velle baithen hain” was the most predictable and repeated response. I often wondered if being “vella” was the absence of work to do or a state of mind. Like people in mystical duality or kind of meditating while gossiping. We were told this story by several of our senior colleagues of the legendary Vella Sahib. To every query like “Ke ho reha hai” or “Ke kar rahe ho”, he would invariably reply “Vella hun”. When pressed about his honeymoon episodes he admitted, “Kuch nahi kita, velle baithe rahe”. Of his colleagues’ feeble attempts to apply themselves to work, he would say “An-wain, vella kam”. 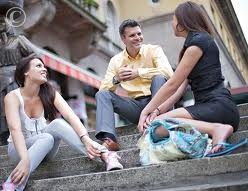 Poring over the 2011 Census, although it takes the numeracy skills of a Sir Chottu Ram and the imagination of an insane painter to make actual sense of the all figures in millions, it is seen that this largest and most pervasive group is nowhere to be found. Everyone is a worker. So, you are either a Main or a Marginal worker (which includes cultivators, agricultural labourers and other workers). Strangely the unending, back breaking house work, done for free by our mothers and sisters is not listed as work in the Census. Is it because then the men would come out as hugely vella? Come to think of it, vella-panti could be a gender issue. Ironically, this unrecorded category, given our plummeting rate of growth and unavoidable population push, is all set to go through the roof.

Are we then headed for a Vella Yug? All play and no work. Hooray!