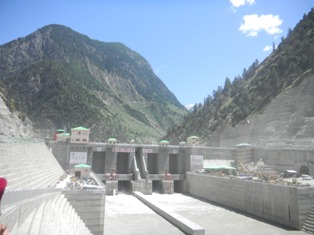 Being one of the largest hydropower project to be enlisted for CDM benefits, Manoj Gaur, chairman Jaiprakash Power Ventures Ltd (JPVL), the company that operates the plant said, “the UNFCCC registration is the validation of our being amongst the first private sector players to foray to developing hydropower in the country.”

The hydropower plant will provide for 3.54 million of carbon dioxide (CO2) reductions in a year, when compared to a coal fired thermal plant of similar capacity .

At current rates, JVPL expects to earn yearly carbon credits worth Rs 80 to 100 crores and the crediting period has been settled for October 15, 2001 to October 14, 2021, a JVPL spokesman claimed.

The Karcham Wangtoo hydropower plant constructed with an investment of Rs 6900 Cr happens to be the largest hydropower project of the country in the private sector.

The Jaypee group through its company JVPL also operates the 300 MW Baspa II project in Himachal, which is upstream of the 1000 MW plant. Besides, the company is also operating the 400 MW Vishnuprayag plant in Uttarakhand, giving it the edge of currently being the largest private sector player in hydropower generation capacity.