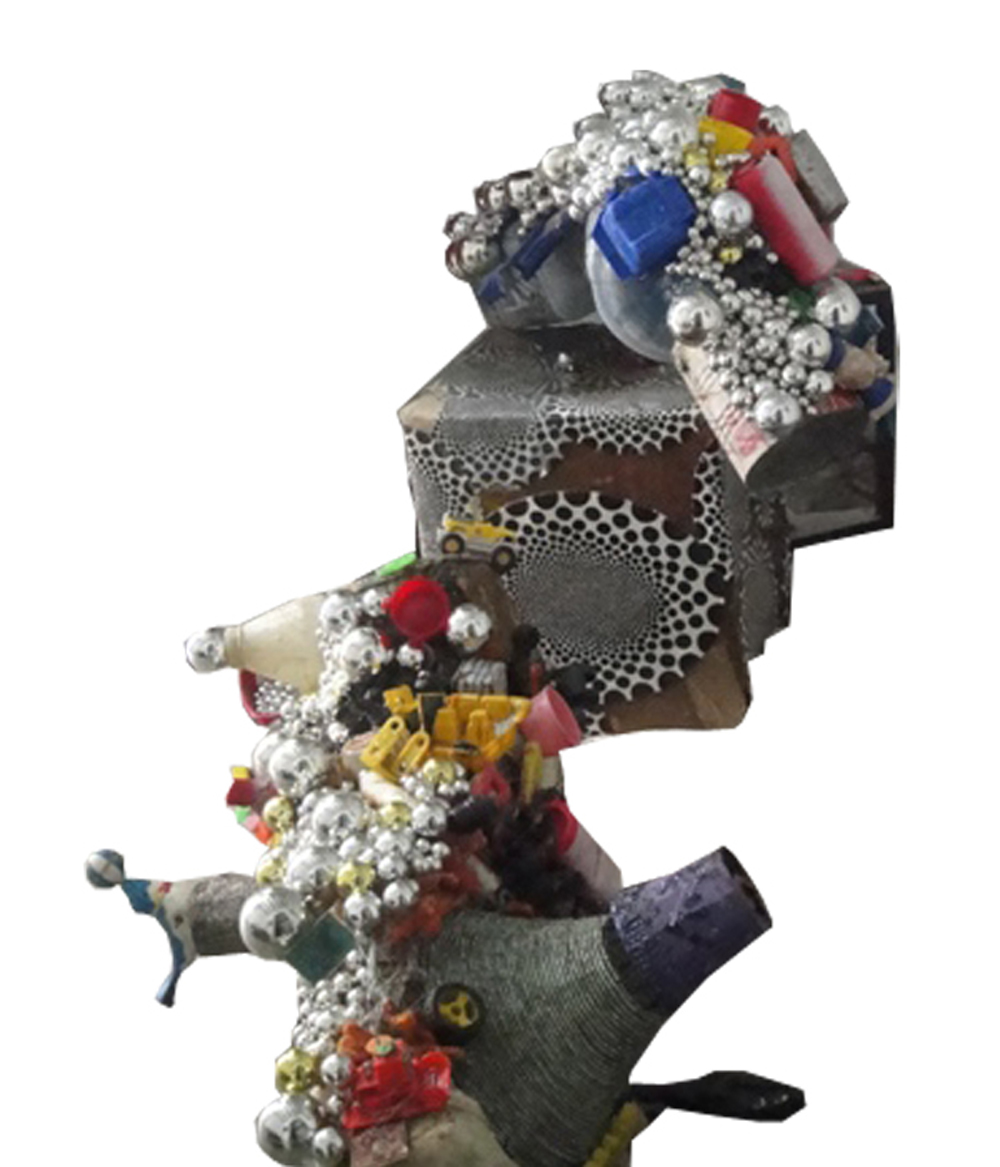 New Delhi: Art is making a serious effort to reach the masses in India with expositions in vantage public places despite official hurdles and poor awareness about art as a medium of dialogue that engages with the geography, society and culture of the site.

On the lush landscaped lawns of the Indira Gandhi National Open University (IGNOU), “Garden of Senses”, a public installation, juts heavenward like a sentinel kissing space. The installation, made of recycled waste, engages with people with a message about environment, a key concern in public art.

Soon to become a permanent landmark of IGNOU, the sculpture is an exhibit of a public art project, “Junk 2 Inbox”, presented by the NIV Art Centre, a multi-discipline facility in the national capital.

The project, which featured three artists in a 15-day residency at the gallery, unveiled six public art installations on the IGNOU campus last week.

The choice of the exhibition site was guided by the consensus that it would help the students establish a dialogue with the installations, question the motives of the works and appreciate the fact that waste has aestheic utility as well, said Rajan Fulari, project curator and a senior printmaker-artist.

“The education insitutions and universities in the national capital are conspicious by the absence of public art works. The Delhi University does not have any public installations; neither does the Delhi College of Art,” said Fulari.

The reasons for the slow beginning of the public art movement is paucity of money, poor government aid and bureacratic red tape to install site-specific works, says gallerist and promoter Aruna Matthew.

“Galleries do not want to fund or promote public art because it is largely a voluntary exercise,”  said Matthew.

The lone example of a public installation in the heart of the national capital is a cluster of stainless steel sprouts, symbolizing a flowering landscape in the urban jungle, which stands forlorn in a patch of green near the All-India Institute of Medical Sciences. However, a handful of private institutions support public engagement with art with specially-commissioned works. 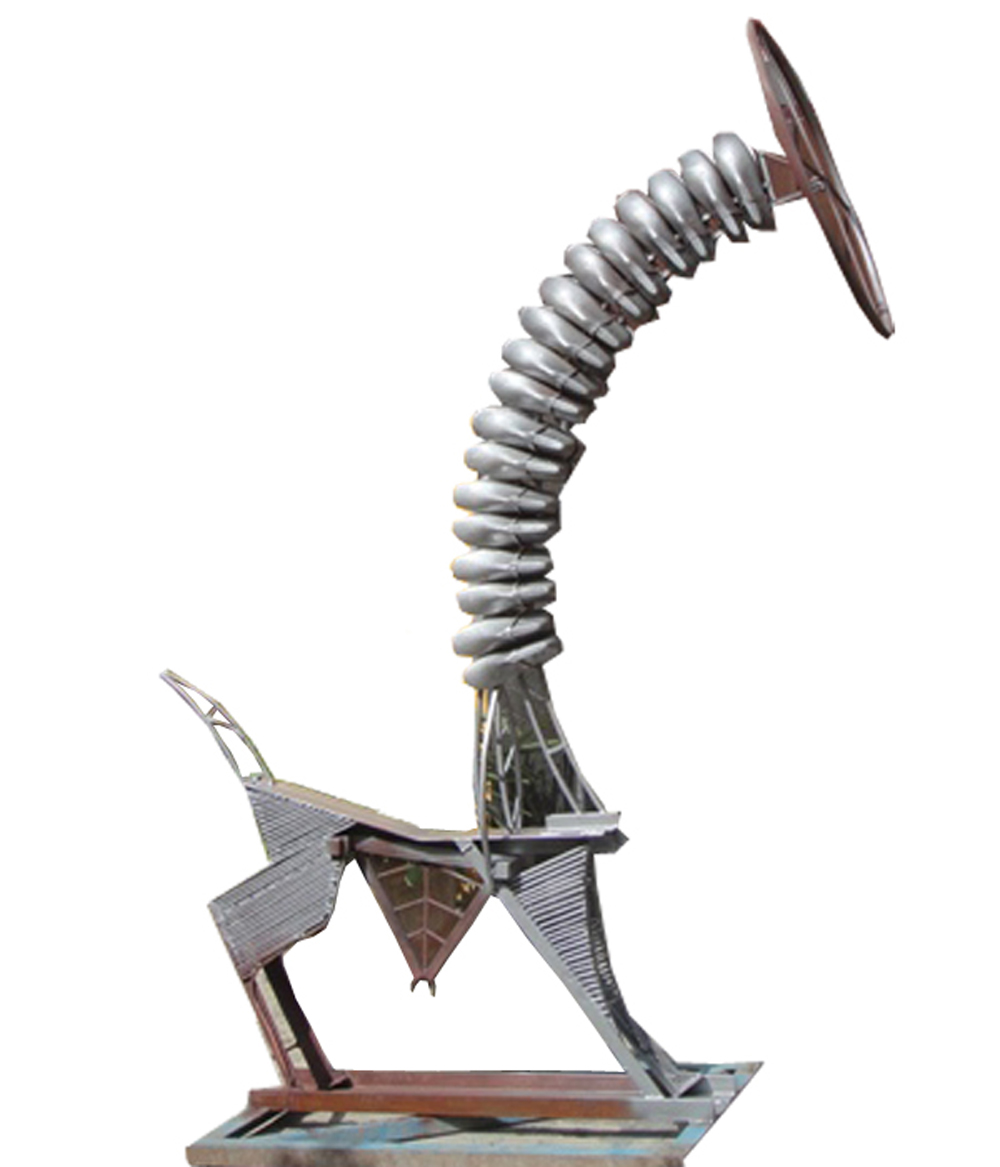 In April, the Kiran Nadar Museum of Art installed the “Tree of Life”, a gigantic stainless steel sculpture of a tree by Subodh Gupta, at a mall in Saket in south Delhi “to make art accessible to common people”.

This apart, a series of specially commissioned works adorn the forecourt of the India Habitat Centre.

Mumbai, known for early experiments with public art in the 1990s, unveiled “The Flying Bus” – a giant double decker bus with wings – in January at the Bandra-Kurla complex which, says artist Sudarshan Shetty, symbolises “loss in daily life”.

In Bangalore, “most public sculptures, several of them commissioned statues of local heroes, are venerated by the public,” Bangalore-based curator and critic Anupama Garimella argues in her treatise on public art.

Fulari said in his native Goa, the government was trying to set up a public arts and culture initiative on a beach to involve common people and tourists.

Artists are experimenting with public art in the three art collges of Assam without government support, says installation artist Tridip Dutta, who recently installed an environemntal sculpture in Jorhat in upper Assam, one of the few such in the northeastern region.

In the national capital of Delhi, the common people’s reaction to public art ranges from apathy to cursory appreciation and temporary involvement.

Almost defunct is the Wall Project, a community-based public art initiative which began in the capital to coincide with the Commonwealth Games in 2010 to beautify the ravaged walls of the capital with citizen’s art with a core group of six enthusiasts and 2,000 followers.

“We were weekend community artists who spent a few hours to paint the walls of Lado Sarai (a gallery district in south Delhi). But work has since caught up with us. No one went back to paint the walls after the first two sessions,” said professional photographer Aditya Kapoor, who was involved in the Wall Project.

One of few surviving public art projects which keeps the interest in public art alive with unqiue interactive showcases is Khoj, an international association of artists led by curator Pooja Sood.

Located in the urban village of Khirkee off the plush Saket malls in South Delhi, Khoj involves the residents of the sprawl in its projects, which include residencies and performance arts.

“Public art in India is caught in the debate between commercialisation of art for its survival and the growing realisation that art has a broad social relevance,” a senior art critic in the capital says.